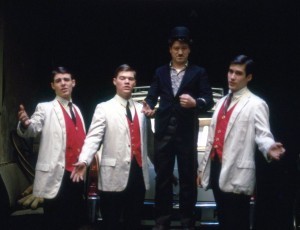 Before Bain Capital, the Olympics and a bid to become president of the United States, Mitt Romney displayed exemplary business and leadership skills as an undergraduate at Brigham Young University.

Romney did not have a desire to be in student government when he first started at BYU in 1969. After seeing his father’s unsuccessful presidential bid, and his mother’s unsuccessful senate run, it just wasn’t something he wanted to be involved in. However, after receiving encouragement from family, Romney got involved with the Cougar Club, the university booster club. Dane McBride, a former LDS missionary companion of Romney’s and member of the Cougar Club in 1969, said that Romney eventually ran for president of the club, won, and made some big changes.