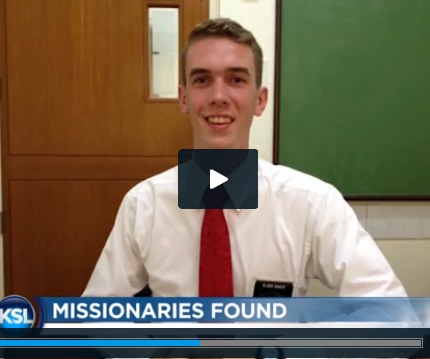 More Utah families are getting word that their missionaries for The Church of Jesus Christ of Latter-day Saints serving in the Philippines are safe following Friday's typhoon.

Elder Hughes' father, Randy Hughes, said he received a text message from his son Monday morning saying the missionaries in Tacloban are OK and being evacuated to Cebu.