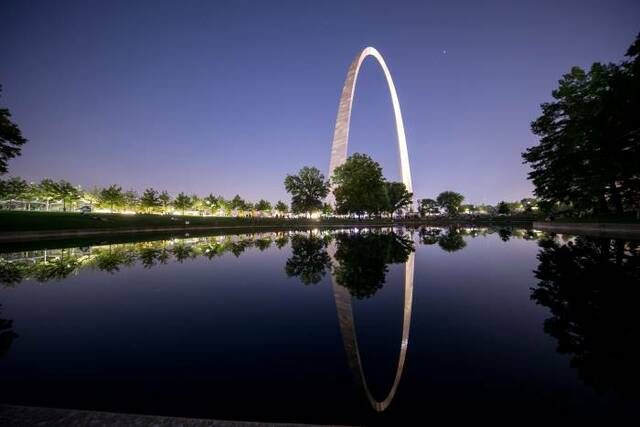 More Than an Extermination Order: The Lesser-Known History of the Church in Missouri

Despite what we commonly think when we hear the words “Missouri” and “Church history,” the St. Louis, Missouri, community was opposed to Governor Boggs’s extermination order and was involved with the defense of the Latter-day Saints during the 1838 “Missouri Mormon War.” During this period of persecution, Church members continued to seek employment and protection in St. Louis. In 1838, John Corrill, a member of the Church elected from Caldwell County to the Missouri Legislature, brought a petition to state officials requesting security for the Latter-day Saints. Additionally, Henry S. Geyer of St. Louis, one of the few representatives who spoke in favor of the Saints, “staunchly defended the Mormons and claimed he would leave the state if the exterminating order issued by Governor Boggs was carried out. After much controversy and angry disputation in the Legislative Hall at Jefferson City, Missouri, only a minority spoke in favor of the Saints, but among these were all the attendees from St. Louis.”2

Throughout the winter of 1839, the Saints were driven from western Missouri. Though the majority were forced to cross the Mississippi and temporarily congregated in Quincy, Illinois, several hundred also fled to St. Louis. The difficult circumstances of the refugee Saints in Illinois were discussed at a meeting held by local members of the Quincy Democratic Association on March 9, 1839, and resolutions were made to help them. It was also decided “that all the Saints in St. Louis, or such of them as the committee may think proper, be called upon to assist them.”3

Not only did the St. Louis members offer support but the St. Louis press also expressed sympathy for the suffering emigrants who had fled western Missouri for safety during those cold winter months. Although Governor Boggs’s order was enforced in northwest Missouri, no Latter-day Saints were expelled from St. Louis, and several fundraising meetings were held by St. Louis citizens to aid the Latter-day Saint exiles in their dire condition.4

The kindness of the St. Louis citizens continued for years afterward. When Latter-day Saint British converts immigrated to Nauvoo (1840–46), they often stopped briefly in St. Louis before boarding another steamer that could navigate the Mississippi River’s upstream rapids and shallow water over the 200-mile-journey to Nauvoo.

In April 1844, a St. Louis branch was organized to administer the affairs of the Church for a growing Latter-day Saint population in the area as many gathered there temporarily on their way west. At the time of the martyrdom of the Prophet Joseph Smith and his brother Hyrum Smith on June 27, 1844, almost 700 members of the Church lived in St. Louis.5 Despite the turmoil Latter-day Saints were experiencing with the loss of their beloved prophet, as the year 1845 dawned, apostle Orson Hyde reported in the Times and Seasons:

I have just returned from a very pleasant and interesting visit to St. Louis. I was highly pleased with the spirit that prevails among the saints in that place. They are united in fellowship—they are one in heart, one in faith, and one in their resolutions to serve and honor the Lord, to uphold the regular authorities of the church.6 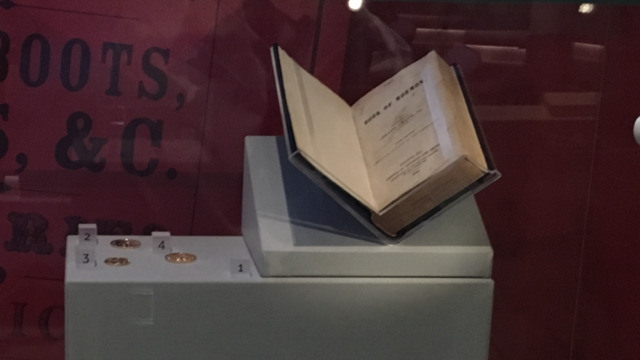 When the Saints were driven from Nauvoo less than two years later, St. Louis became an oasis where Church members could work and earn money to help them travel to Salt Lake City. In the spring of 1847, a St. Louis conference was organized with six wards, and St. Louis was designated as the Mormon Trailhead by Brigham Young. In fact, an estimated 22,000 Latter-day Saint emigrants passed through the gateway of St. Louis between 1847 and 1855 on their way to the Great Basin.

During this period, the St. Louis Missouri Republican issued this assessment of the local Saints:

Although we have no Mormon Church in St. Louis, . . . yet their numerical strength here is greater than may be imagined. Our city is the greatest recruiting point for Mormon emigrants from England and the Eastern States. . . . There are at this time in St. Louis about three thousand English Mormons, nearly all of whom are masters of some trade, or have acquired experience in some profession, which they follow now. As was said, they have no church, but they attend divine services twice each Sunday at Concert Hall, and . . . we think it does not compare unfavorably with other congregations.7

Three years later in April 1854, Brigham Young and other Church leaders in Salt Lake City designated St. Louis as one of two stakes outside the intermountain west. Apostle Erastus Snow was chosen by Brigham Young to journey to St. Louis, organize a stake, preside over the region, and oversee general emigration matters in Iowa and Missouri. On Elder Snow’s arrival in St. Louis on November 4, 1854, the St. Louis Stake was organized with Milo Andrus as the stake president, and the first issue of the new Latter-day Saint periodical, St. Louis Luminary, was published a few weeks later.8 One early issue entitled “The City of St. Louis: Its Advantages and Disadvantages in Reference to Both Saints and Sinners” said:

St. Louis is a fine, large and flourishing city and has furnished employment to many hundreds and thousands of our brethren who have here in a short time made a good outfit for the gathering place of the Saints. This city has been an asylum for our people from fifteen to twenty years. There are few public buildings of any consideration in this city that our brethren have not taken an active and prominent part in erecting and ornamenting. . . . It supplies the Utah markets yearly with nearly all the merchandise required; there is probably no city in the world where the Latter-day Saints are more respected and where they may sooner obtain an outfit for Utah, than in this city. The hand of the Lord is in these things; He it is who hath raised up the city and organized therein a Stake of Zion.9 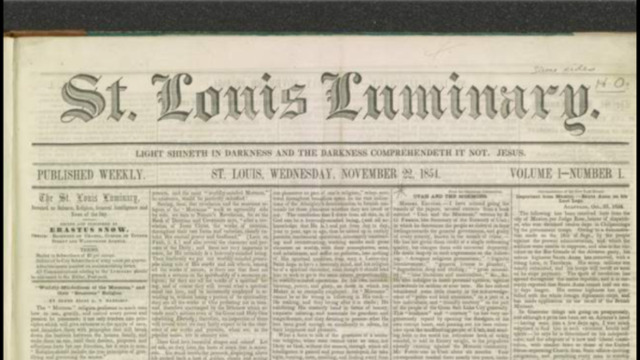 Despite the good feelings between Saints and the St. Louis neighbors, apostates in the city sometimes made trouble. On a larger scale, in 1857, US federal soldiers were also marching to Utah Territory to suppress rumors of Latter-day Saint sedition (The Utah War). Consequently, Church members across the country scattered, including those residing in St. Louis, and the St. Louis Stake was dissolved on June 11, 1857.10 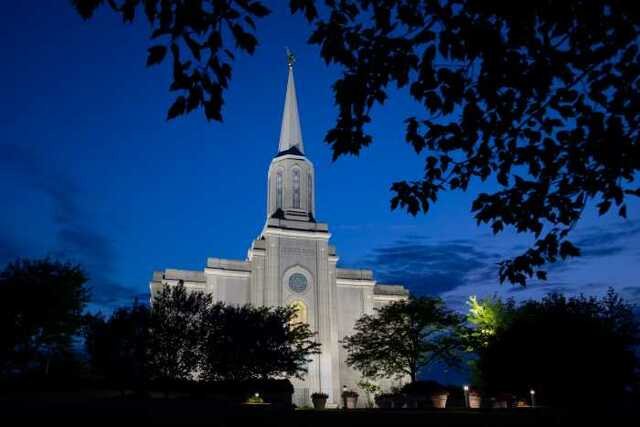 A century later, however, it reemerged on June 1, 1958, with Roy W. Oscarson as the stake president.11 Today there are over 70,000 Saints in Missouri gathered in 153 congregations with 18 stakes. Additionally, there are 2 temples and 2 missions in the state coupled with 51 family history centers which serve the community at large.12 Within the St. Louis metro area there are 5 stakes and the St. Louis Missouri Temple.13

The kindness of the St. Louis citizens may be overlooked by many members of the Church, but it has not been forgotten by those who know of it. On June 1, 2008, a Jubilee celebration was held for the St. Louis, O’Fallon Illinois, St. Louis North, and the St. Louis South stakes (the original stake boundaries). A $50,000 contribution of commodities from the Church was given to the city of St. Louis as thanks for the refuge and kindness the city offered to the Saints. St. Louis Mayor Francis Slay spoke and accepted the gift at the celebration, giving St. Louis Missouri South Stake president David Sylvester the key to the city a month later in return. 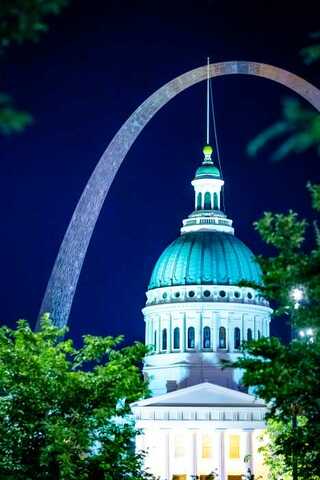 The Church and the city of St. Louis continue to celebrate their history of collaboration. On July 3, 2018, the St. Louis Arch Museum opened, featuring in part displays, photos, text, and artifacts highlighting the Latter-day Saint history in St. Louis and the western United States, including an 1840 Nauvoo edition of the Book of Mormon. Bob Moore, a historian for the US National Park Service, teamed up with local Latter-day Saint historian Thomas L. Farmer to tell the Church’s largely unknown St. Louis story. Farmer noted, “Bob told me that the ‘Mormon story’ is something we have to tell at the new arch museum.”14 The collaboration and connection among the Saints and the St. Louis community is an inspiring story that we can continue to honor and learn from today.

4. Kimball, “The Saints and St. Louis,” 494. In footnote 10 of this page, Kimball explains that continual coverage of the Latter-day Saints occupied the attention of the press for the next decade. He noted, “I have collected 690 references to the Mormons in the St. Louis press for the period of 1839–48 alone.” See also Our Pioneer Heritage 5:439, on citizens holding meetings to gather assistance for the Saints.

5.  JH, June 19, 1844. During this turbulent period of persecution, the St. Louis Saints sent their brethren in Nauvoo weapons and ammunition for defense. See Our Pioneer Heritage, 5:440.

8. Andrew Karl Larson, Erastus Snow: The Life of a Missionary and Pioneer for the Early Mormon Church (Salt Lake City: University of Utah Press, 1971), 257–58. The St. Louis Luminary ran only from November 1854 to December 15, 1855, due to the death of Orson Spencer, a newly designated editor.

10. Fred E. Woods and Thomas L. Farmer, When the Saints Came Marching In: A History of the Latter-day Saints in St. Louis (Salt Lake City: Millennial Press, 2009), 57. In this article, the authors have also gleaned from their other co-authored work, “Sanctuary on the Mississippi: St. Louis as a Way Station for Mormon Emigration,” vol. 9, no. 2 Confluence: Lindenwood University Press (Spring/Summer 2018): 42-55.

13. The St. Louis Missouri Temple district serves these 10 stakes in their state region as well as 2 stakes in the southern Illinois area. See churchofJesusChristtemples.org/ st.-louis-missouri-temple/district/

Lead image of the St. Louis Arch by Ben Munson