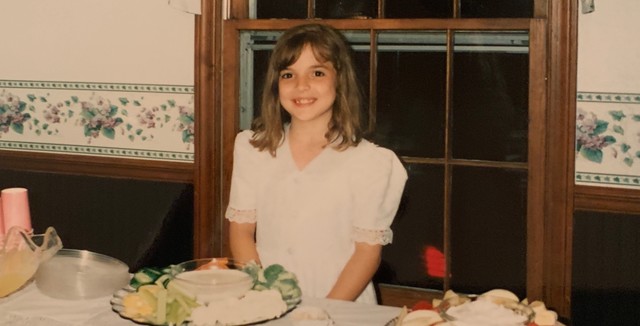 Morgan Jones: Conditioning vs. Being Conditioned

It recently came to my attention that one frequently used criticism of the Church is that it works to “condition” its members, from the time they are in Nursery, to believe. Antagonists cite things like Primary songs, celebrating baptism, and preparing youth to serve a mission as ways to create a feeling of investment or loyalty toward the Church—after all of that investment, how could one leave? The truth be told, it’s actually a strong argument. I found myself, for days after hearing this, pondering everything I do or have done in my life and internally debating whether or not I really believed. What if I had only been conditioned to believe?

That same week I was having my internal debate, we at LDS Living published our podcast episode with Marilee Killpack. Marilee is a young mother of four. Her youngest son, Abram, was diagnosed with a rare condition that required a bone marrow transplant from his brother, and as a result, Marilee spent months at Seattle Children’s Hospital with her oldest son, Copeland, and her baby preparing for a surgery with an unknown outcome. Like many of you, I was blown away by Marilee’s strength, and as I prepped the episode, I found myself wondering what had prepared someone Marilee’s age (which is also my age) to undergo such a difficult experience as a young mother? And then it hit me: Marilee had been being trained for years—conditioned, if you will—to be prepared for moments when life seems unfair or unkind. She knew exactly what to do when she was at the hospital for months without being able to go to church.

I played college basketball, and on that team, for months leading up to our first game, we went through grueling athletic conditioning. We ran more than basketball players will ever have to run on the court, lifted weights daily, and I almost died trying to tread water in our university swimming pool. But the idea was that as a result of our intense conditioning, we would be prepared for whatever the season threw at us. This conditioning made us faster, stronger, and more agile.

Suddenly it hit me that, yes, we as members of the Church and disciples of Jesus Christ are conditioned, but that’s not a bad thing. It is actually a very good thing because then, when we reach points in our lives when we really need to figure out what we believe for ourselves, we know how to seek answers. We know where and how to find God.

Thus, it is that spiritual conditioning that prepares us for losing a child or spending months in the hospital with a sick child. It is that spiritual conditioning that helps us make it through heartbreaking divorce or months of unemployment. The gospel of Jesus Christ teaches us not only how to make it through but how to thrive in difficult periods of our lives

Just as athletes are trained to develop different parts of their body, I believe there are different parts of ourselves that we develop spiritually over time. For example, the thing that amazed me most about Marilee’s experience is that she seemed to have gotten more out of that experience than most people would have under the same circumstances. It was as if she was looking at that experience with a trained eye. In the New Testament, we find Jesus working miracles, like giving the blind their sight, and yet some witnessing these miracles truly “saw” them and others did not. Of those who saw these things and still turned away, the Savior said, “Their ears are dull of hearing, and their eyes have they closed.” But of those who recognized what they were witnessing and chose to believe, Jesus said, “Blessed are your eyes, for they see: and your ears, for they hear.” As I have pondered Marilee’s experience in the days and weeks since our interview, I have realized she had eyes to see. These eyes were not developed without intentional, deliberate effort, and while she was taught from the time she was a child, certainly as an adult she also did little things which, over time, helped her strengthen her spiritual eyes. They are the result of diligent and consistent effort and conditioning.

Just as a strength and conditioning coach is more effective when the athlete has bought into the cause, I believe the Savior is best able to prepare us for what’s to come when we are willing to put in the work. The parallels are clear. When we want to succeed athletically, we show up early to practice and we run drills by ourselves over and over again. When we want to become disciples of Jesus Christ, we show up early to sacrament meeting (something I am admittedly bad at) and we consistently read our scriptures and say our prayers, day after day.

Elder Gary E. Stevenson made a similar analogy in his April 2014 general conference talk, “Your Four Minutes.” He spoke of Olympic athletes who train their whole lives for their “four minutes,” comparing our earthly lives to that short window of time. He said, “In the same way that certain steps are essential in the very brief performance of an Olympic athlete﻿—jumps or maneuvers for ice skaters and snowboarders, negotiating the turns of a bobsled run, or carving through the gates of a downhill slalom course﻿—so it is in our lives, where certain things are absolutely essential﻿—checkpoints which move us through our spiritual performance on earth. These spiritual markers are the essential God-given ordinances of the gospel: baptism, receiving the gift of the Holy Ghost, priesthood ordinations, temple ordinances, and partaking of the sacrament each week.”

It is funny, because initially after I had the conversation about being conditioned, I found myself doubting and questioning, but as I have prayerfully considered and worked through that question, “Have I been conditioned?” I have found renewed faith and a desire to be changed and strengthened by Jesus Christ. I have felt a desire to undergo even more intense conditioning, because it is that conditioning that has prepared me and given me the tools to work through big questions—questions worth asking.

I don’t know what life has in store for me, but I know that there is One who knows the end from the beginning and who, like any good coach, wants me to succeed. With His help, I believe I will be ready for the biggest moments in my life, and in those moments, I will show up at my very best. I will do the things I’ve done over and over again, because those are the things that get me—and all of us—through.