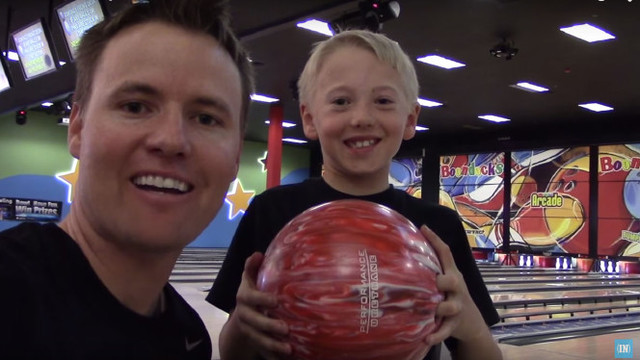 MR says: Why would anyone want to cut possibly the only BYU helmet signed by two Heisman Trophy winners in half? Find out!

A second-grade science project turned into a YouTube success story for a 9-year-old Kaysville boy and his family.

As part of project at Endeavor Elementary School, Lincoln Markham only needed to answer one question that was on his mind and then make a poster board presentation. Little did he know that one question would turn into 100,000 subscribers and over 7 million views on YouTube.

"Rather than having him simply research on the Internet and print out pictures, I decided to buy some different sports balls and cut them in half so he could have them on his poster board," said Lincoln's father, Daniel Markham.

Markham started filming the process one night then decided to post the videos on YouTube, simply to allow fellow students watch how the pair cut open the balls.