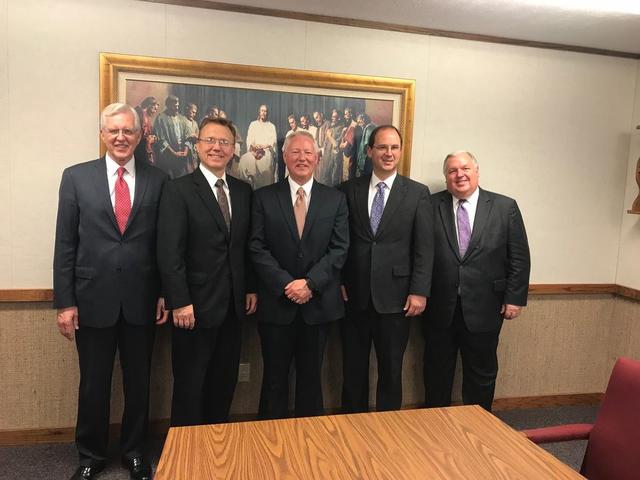 “I told the congregation that since I had been the one assigned to dissolve the stake they were now allowing me to repent, come back and recreate it,” Elder Christofferson said with a smile. “I hope I am forgiven.”

June 3, 2007, was a sad day for Latter-day Saints in Hurricane Katrina-fatigued regions of eastern Louisiana and Mississippi.

Almost two years earlier, the massive storm had severely impacted tens of thousands of people living in those two states and beyond — including many Mormons. Waves of members had to leave their homes and wards in search of shelter, safety and jobs.

At the time, Elder D. Todd Christofferson was serving in the Presidency of the Seventy and supervised the communities hit hardest by Katrina.

“Many of the members relocated after the hurricane,” he said. “Some came back, but many did not.”

Mormon Life Apostles LouisianaApostles,Louisiana,Mormon Life
Comments and feedback can be sent to feedback@ldsliving.com