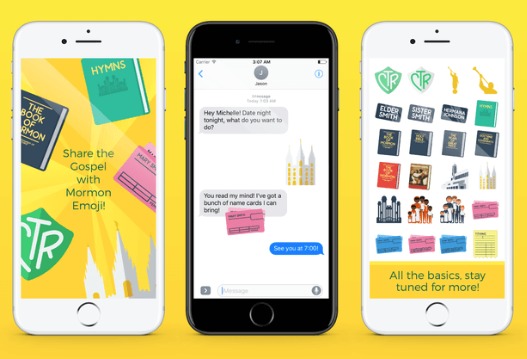 But just imagine all the ways you can share your testimony and faith in creative, fun ways! As Elder Dallin H. Oaks said this conference, "Our young members' fascination and expertise with social media gives them unique opportunities to reach out to interest others in the gospel. Describing the Savior's appearance to the Nephites, Mormon writes 'he did teach and minister unto the children  and he did loose their tongues  that they could utter" (3 Nephi 26:14). Today I suppose we would say 'loose their (thumbs) that they could utter.' Go to it youth!"

With plans to release a version for Android users, Mormoji could be your next favorite app. 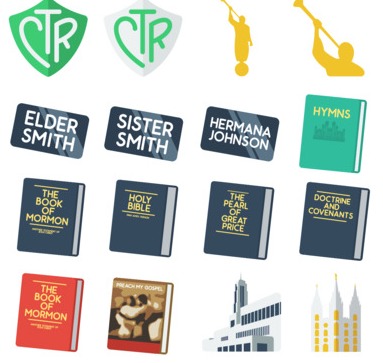