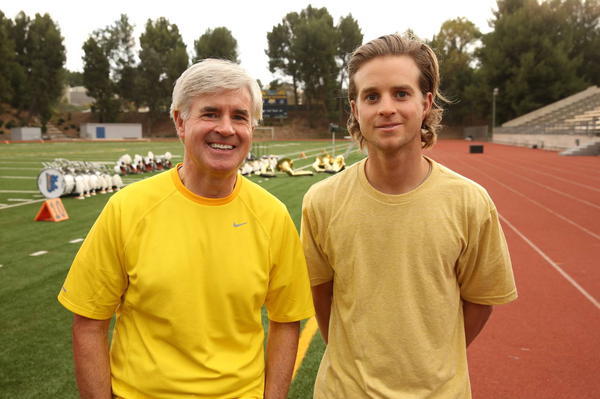 Dave and Connor O'Leary's second attempt to win the reality TV show "The Amazing Race" began clear back in February. The Mormon father-son duo was particularly interesting because of the challenges they overcame to make it back.

Both father and son are cancer survivors, and Dave seriously injured his leg the last time they competed on the show and they had to withdraw.

They had a good season, keeping a spot near the front of each leg, they started out in third place, but held first place in six of the legs. They made it to the final three last week.

In yesterday's episode, the last three teams navigated a "great escape" challenge, where one team member appeared to be shackled in a flaming, suspended wooden crate and had to escape with the help of their other team member watching from a monitor. They also had to replace lighbulbs in a 30-story high Mirage sign, fly a chopper to the finish line, and as a final momentous act, skydive to their team mate.

Dave O'Leary landed the skydive first, making the father-son duo the first Mormons, Utahans, and parent-child team to win the show. Dave O’Leary also became the oldest winner with Connor tying for the youngest winner ever. The prize for winning "The Amazing Race" is $1 million.

Click on the links in the story to catch what you missed from the season.