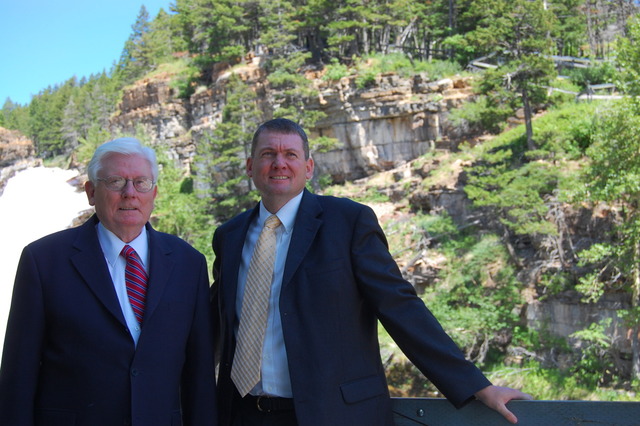 Lynn Rosenvall and his son David Rosenvall had an idea: what if they digitally reformatted the Book of Mormon–without changing a single word—to help them study the scriptures in a whole new way? The result still contained the words of ancient prophets, but it was something no one had seen before.

What if the Book of Mormon read like a script? What if instead of verses and chapters, it had episodes? What if you could always tell who was speaking? What if you knew where and when each part took place?

“A New Approach to Studying the Book of Mormon” is the brainchild of father and son Lynn and David Rosenvall. The self-published book is really just the Book of Mormon reformatted. Not a word is changed, but it allows readers to do all of the aforementioned things.