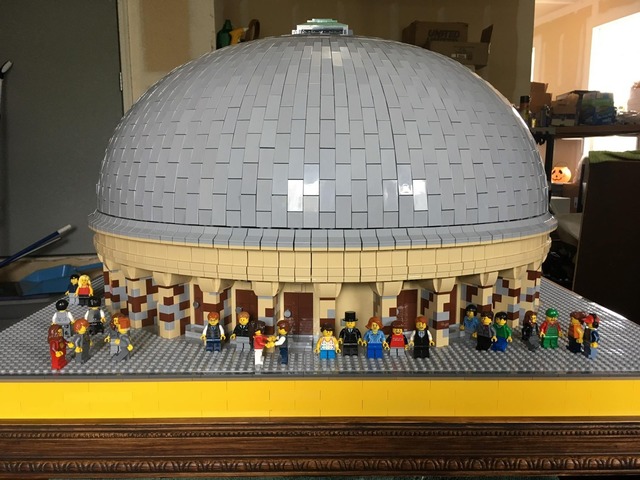 This guy takes Legos to a whole new level of awesome.

Dave Jungheim thinks it’s pretty cool that his kids got to grow up with a Mormon temple in their house.

“We have a picture of my two oldest in their little ballerina outfits sitting inside the walls of the temple when I was building it,” said Jungheim, who works in alumni relations for the BYU Marriott School of Management. “We had our kids, when they saw the Salt Lake Temple, saying, 'Papa, that looks just like your Lego temple!' without realizing that that came first.”

In 2014, the Deseret News published the Marriott Alumni Magazine's blog post about Jungheim’s building of a Salt Lake Temple out of Legos. It stands 6 feet tall with its wood base and is now showcased at the BYU Store.

After being featured in the blog post, which focused on teachers with interesting hobbies, Jungheim had three different camera crews from news stations at his house. The post was viewed over 113,000 times.

But this "master builder" hasn’t been resting on his laurels, nor would he want to. Since then, he has been working hard on new Lego projects.