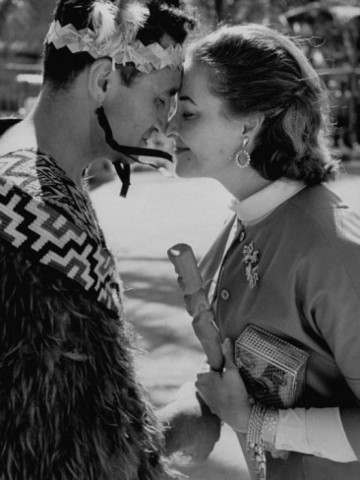 I must admit, before my trip to New Zealand over the holidays I had never heard of the Mormon Maori prophecies. I knew that there are many Polynesian church members. I was aware that the most popular religion in the island of Molokai (the spiritual center of Hawaii) is Mormonism, and that there are many Samoan and Tongan church members. As for the Maori, I knew that they were Pacific Islanders. I knew the men danced the haka and the women danced with poi balls. I knew that they once practiced cannibalism (practice makes perfect!) and were considered fierce by early European seafarers who visited the islands. I knew that one of their greetings (touching foreheads and sharing a breath) is similar to the Eskimos (rubbing noses).

What are the Maori Mormon prophecies?

Here’s a quick primer on the Maori prophecies for my fellow novices . . .