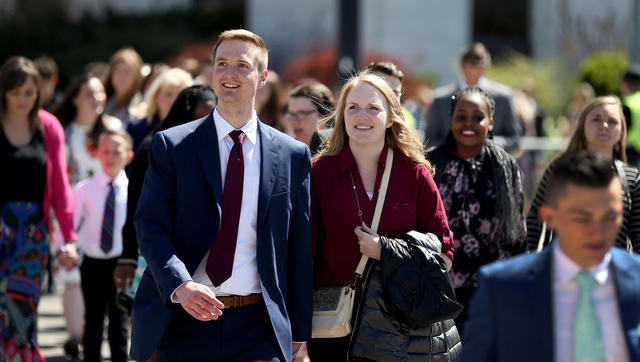 The Church's statistical report read in the Saturday afternoon session of conference showed that the number of membership is up from the previous year, but the number of full-time missionaries is down from last year.

Brook P. Hales, secretary to the First Presidency, announced that number as he presented the church's annual statistical report on Saturday afternoon to the 187th Annual General Conference of The Church of Jesus Christ of Latter-day Saints.

The church announces total membership once a year in April. The total always represents the number of members at the end of the most recent calendar year. The church had 15,634,199 at the end of 2015.