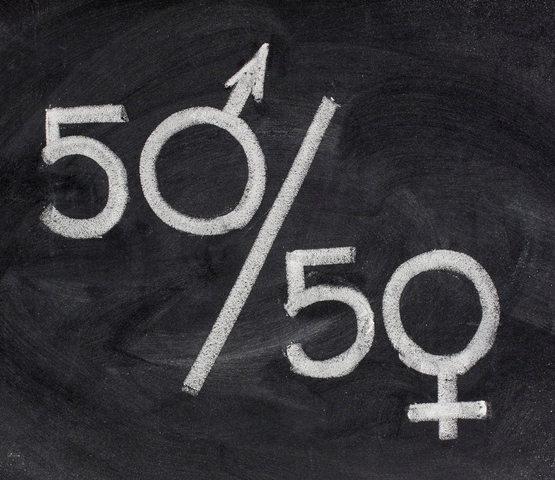 "Lately in the media it seems that there is growing attention being given to the movements for the so-called Mormon feminist movement," said one man. And that's true. In the recent past, women have worn pants in Church, agitated to pray in general conference, and even started a movement to allow women to be ordained to the priesthood. And right or wrong, they've been making a big splash and stirring up controversy both within the Church membership and without. "I don’t think I’m wise enough to really say much about how right or wrong these people are," he continued, "but the one thing they seem to attack the most is the idea of priesthood leadership. It hurts to think that women find our leadership so distasteful."

Men were quick to point out that while only they hold the priesthood and are called to "preside" in the home, they are not seeking to be dominant over women, and they don’t want to be perceived that way, either.

"In general, women think men are more grasping for power than we really are. We just serve where we’re told, mostly," one man said. Another added, "As a priesthood holder, there are times of serious doubt when we’re called to serve in leadership positions. It was hard enough for me as an elder’s quorum president. I can only imagine the pressure that stake presidents and apostles have. We don’t seek out leadership positions. But we accept them because we understand their Source. . . . To take it out on the brethren is hardly helpful."

Not only are men not grasping for power, but they are seeking for the opposite--equality. "I feel few understand that I DO NOT want to be a dominant figure in a hierarchical organization," one man said. Others explained: "I see [women] as my peers in all things and value their friendship and ideas," and "I would love for us to work in the gospel, the Church, and in the home side-by-side, not with one in front of the other. I want to be an equal partner with my wife and serve as equal disciples of Christ in the Church."

Want more on this topic? Listen to this awesome talk from Elder Larry Y. Wilson from the April 2012 general conference, or read it here.

Make sure you're subscribed to our email to get the other four parts of this series!

To read the full article, including our survey results of what the ideal Mormon man looks like, buy a single copy of our July/August issue or subscribe to our magazine.