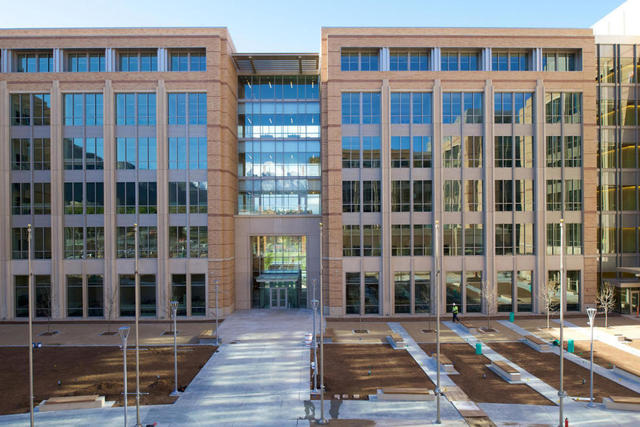 After a recent expansion, missionaries are moving into two new buildings at the Provo Missionary Training Center and will help with the upcoming public tours of the buildings.

Finishing touches and tweaks are still being done in the two towering buildings, which provide some 200 new classrooms at the Provo MTC, located at 2005 N. 900 East, Provo.

The two-year expansion project resulted in 200 new missionary classrooms, large meeting spaces, 300-plus stalls in underground parking, open views from classrooms and artwork and messaging throughout the two new buildings and along the outdoor walkways for the expansive outdoor spaces.

An open house for the Provo MTC — similar to open houses for The Church of Jesus Christ of Latter-day Saints' new or renovated temples prior to dedication — is planned for later this summer.

Mormon Life Mtc ProvoMtc,Provo,Mormon Life
Comments and feedback can be sent to feedback@ldsliving.com