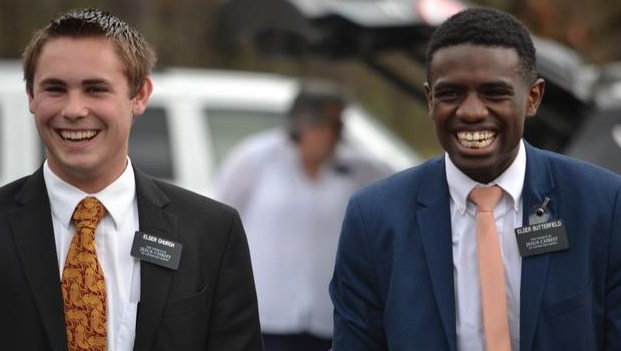 Mormon Missionaries from U.S. Return to Botswana After 4-Year Absence

When Botswana first issued a blanket prohibition on foreign missionaries, the number of Mormon missionaries in Botswana dropped to one-sixth its previous number. We're excited to see missionaries return to the country after a four-year absence.

Flake described how Botswana agreed to allow American missionaries of The Church of Jesus Christ of Latter-day Saints as he delivered the keynote address at BYU's Religious Freedom Annual Review.

Botswana issued a blanket prohibition on visas for foreign missionaries in late 2013, just after the LDS Church established the Botswana/Namibia Mission. Foreign missionaries with visas and permits were allowed to complete their service, said LouJean Wilson, who served alongside her husband, Merrill Wilson, the first president of the mission, from 2013-16.

Mormon Life Botswana MissionariesBotswana,Missionaries,Mormon Life
Comments and feedback can be sent to feedback@ldsliving.com