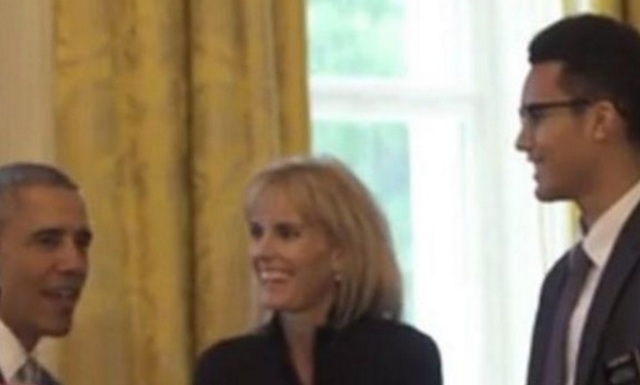 Earlier this year, Elder Brendan Bailey traded in his basketball shoes for a black LDS missionary name tag and boarded a plane to Washington, D.C. . . . [Little did he know in a short time, he'd be meeting the President of the United States.]

In 1983, North Carolina State University won the NCAA championship but did not travel to meet then–President Ronald Reagan because the school declined to pay the travel costs, according to an NCAA article. The only one to meet the president was head coach Jimmy Valvano.

Thurl Bailey, Elder Bailey’s father, played on that championship team. With the help of Utah Sen. Orrin Hatch, Thurl Bailey arranged for the team to visit with the president 33 years after the victory.

► You'll also like: Former NBA Star Thurl Bailey Shares Incredible Conversion Story: I Was Given Around 70 Book of Mormons

The date of the visit fell shortly after Elder Bailey, a missionary for The Church of Jesus Christ of Latter-day Saints serving in the Washington D.C. North Mission, arrived in the mission field.