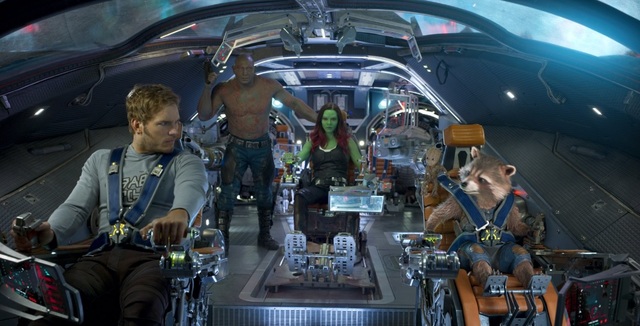 Mormon Movie Guy Review: Is "Guardians of the Galaxy 2" Okay for My Kids?

WHAT’S GUARDIANS OF THE GALAXY VOL. 2 ABOUT?

Marvel’s intergalactic antiheroes battle new enemies (and old) when a being (Kurt Russell) introduces himself as Peter’s father.

Everything a sequel should be, Guardians of the Galaxy Vol. 2 builds on narrative threads and themes from the first film in satisfying ways, taking the story in unexpected directions and evolving the characters. The film provides a solid balance between big action, irreverent humor, unexpected emotion, a perfect soundtrack, and psychedelic visuals unlike anything I’ve ever seen on screen. If the film has a flaw, it’s that it regularly deviates from the story to just have fun. These non-sequiturs lead to some pacing issues and a slightly unfocused narrative, but the movie is so hilarious audiences likely won’t care. The cast is fantastic, the character arcs are gratifying, and the music rocks. Bring on Volume 3!

Guardians of the Galaxy Vol.2 is rated PG-13. It has plentiful action violence, with hand-to-hand combat involving swords, guns, arrows, and explosions. People die in the vacuum of space. Innocent civilians are threatened and killed. An adorable alien is threatened and bullied by villains in heart-tugging ways. There’s some moderate profanity scattered here and there (s-words, SOB’s, etc). There are a few of sexual innuendos: Peter offers to demonstrate “archaic mating” techniques to an evolved queen, a demigod is asked if he has male anatomy (asked by an innocent character regarding the demigod’s ability to mate), and an empath observes that Peter feels “romantic, sexual love” for Gamora. A psuedo-villain is seen hanging out at a brothel-type establishment, with women seen in the background.

Nothing is more important than family (see The Family- A Proclamation to the World). No matter what we’ve done before, it’s never too late to do the right thing (see Mosiah 26:30, Ezekiel 33:15). “Forgiveness should go hand in hand with love. In our families, as well as with our friends… Blame keeps wounds open. Only forgiveness heals” (President Thomas S. Monson, “Love- The Essence of the Gospel”). Sometimes people feel love even if they struggle to show it. People whom you consider your enemy might become your friend with understanding and forgiveness (see Matthew 5:44).