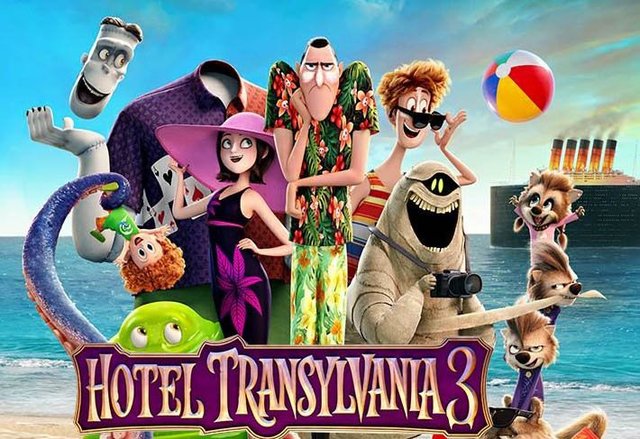 Mormon Moviegoers Review: What Parents Need to Know About "Hotel Transylvania 3" Before Seeing It With Their Famil

Mormon Moviegoers help you make informed decisions by reviewing films for artistry, content, and Gospel parallels. It was founded by Jonathan Decker, author of 250 Great Movies for Latter-day Families. For daily reviews join their Facebook group.

When Mavis believes Dracula is overworked from his time running the hotel, she takes the whole family on a monster cruise in the hopes that he’ll relax. Along the way, they’ll meet old enemies and new loves that no one expects.

This summer sequel will most likely please your younger children and will probably even satisfy fans of the previous films, but the third installment of this movie provides little else than a thin plot and a place for Adam Sandler (returning as Dracula) to show off some goofy vocal skills.

That being said, while it doesn’t recapture the fun of the first film, it does provide some silly fun and the same good messages as the first two. The returning cast (including Selena Gomez as Mavis and Andy Samberg as her human husband Johnny) haven’t lost any of the chemistry that carried them through the first two movies, and their ability to connect their characters emotionally to each other is what makes this movie watchable.

I want to give a quick shout out to the visuals in the movie, colorful and stimulating without being overwhelming, the designs of the characters and new locations showcased were gorgeous.

Hotel Transylvania 3 is rated PG for some action and rude humor, and parents should be aware of the following:

● The beginning of the movie features a montage that includes fighting and injures. No blood is shown and the injures aren’t permanent or dwelled on.

● Dracula and Mavis ingest some garlic that causes them some gastrointestinal distress.

● (Spoiler alert!) At one point a Kraken attacks the monsters, which is probably the scariest scene in the movie.

● Dracula is impaled with arrows and darts, though he doesn’t show signs of actually being injured and the entire scene is played for laughs.

This movie teaches the importance of tolerance and love.

“It is morally wrong for any person or group to deny anyone his or her inalienable dignity on the tragic and abhorrent theory of racial or cultural superiority. We call upon all people everywhere to recommit themselves to the time-honored ideals of tolerance and mutual respect. We sincerely believe that as we acknowledge one another with consideration and compassion we will discover that we can all peacefully coexist despite our deepest differences” (Quote from a statement released by the First Presidency in October 1992).

Along with its other messages, it also promotes the importance of family. “In a world of turmoil and uncertainty, it is more important than ever to make our families the center of our lives and the top of our priorities” (L. Tom Perry, “The Importance of the Family,” April 2003).

Lindsi currently works for BYU in the Theatre and Media Arts department and is a freelance technical director and stage manager for several theatre companies in the Utah Valley area. In her free time, she loves photography, stand-up paddle-boarding, running 5k’s, reading, spoiling her nieces and nephews, and (you guessed it!) watching movies. For more of Lindsi’s writing visit lindsimichellephotography.blogspot.com.