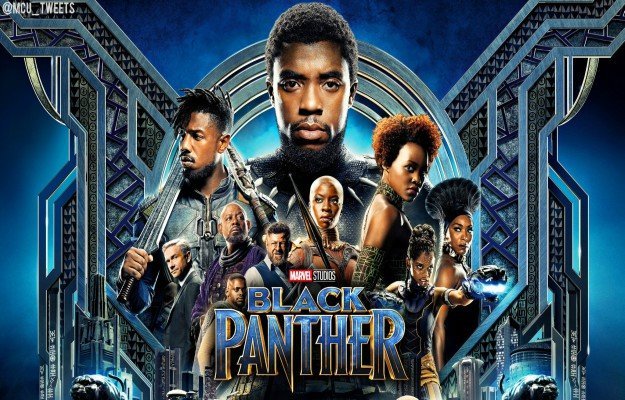 Mormon Moviegoers: What Parents Need to Know About "Black Panther" Before Seeing It with Their Family

Mormon Moviegoers is a collective of Latter-day Saint film critics dedicated to helping you make informed decisions about quality, content, and Gospel parallels. For updates join our Facebook group!

After his father’s death, T’Challa returns home to Wakanda to be crowned king. When a previously unknown enemy appears and threatens T’Challa’s nation and the world, he must figure out what kind of king he is before the destruction of everything he and his family stand for.

Let’s start things off by talking about the main antagonist of the film. Killmonger (portrayed by Michael B. Jordan) is nuanced and vicious but also intriguingly relatable. You want him to fail, but on some level, you understand why he’s doing what he’s doing. You wonder about his character and find yourself asking what his life would have been like if he’d come from a different background. One of the most disappointing parts about Marvel movies has been the lack of memorable villains (Loki being a notable exception), but I’m happy to say that that flaw does not exist in this movie.

I also want to note the many wonderful female characters in this film. In the movie, T’Challa is urged to surround himself with people he trusts and does this by surrounding himself almost completely with women. Nakia (Lupita Nyong’o), his former girlfriend, is a spy working to free enslaved women and children around the world. Okoye (Danai Gurira) serves as Wakanda’s general and the king’s personal bodyguard. Shuri (Letitia Wright) T’Challa’s younger sister has an IQ that rivals Tony Stark’s, and Ramonda (Angela Bassett) is T’Challa’s mother, an obvious pillar of strength and guidance. Each female character is rich and wonderful, with a scene later in the film in which Nakia and Okoye argue over each other’s loyalties serving as one of the best in the film. These women command every scene they are in, and it is incredibly refreshing. Wright’s character is especially one that jumps off the screen, as she is a brilliant scientist who also provides much of the movie’s humor and highlights the dynamic between the royal family.

Now, on to T’Challa himself. It couldn’t have been an easy job for Chadwick Boseman to carry the title role on a film with so many large expectations, but he does it well. It seems he was born for this role, or at least that he had been waiting for it to come along for so long that, when it did, he couldn’t hold back. T’Challa spends the movie wrestling with the question, “Can a good man be a good king?” One realizes while watching this movie that, as both the Black Panther and the leader of a sovereign nation, T’Challa has heavier responsibilities than any other Marvel characters currently portrayed on film. Boseman handles the weight of portraying a character struggling with his father’s death as well as the new responsibility of being a king with depth and aplomb, cementing himself as one of the best new superheroes we’ve seen in years.

As a whole, this movie is almost seamless (with my one small complaint being that the fighting scenes sometimes become hard to follow). It blends older African culture with a newer Afrocentric vision and that makes you wonder what the world would look like if slavery had never happened. It’s beautiful to watch, and it shares lessons that everyone needs to learn. Is this Marvel’s best movie? Very possibly. But it is, without question, its most thought-provoking.

IS IT OKAY FOR YOUR FAMILY?

Black Panther is rated PG-13. Things to be aware of:

There are many worthwhile themes on the importance of acknowledging and celebrating different races and genders in this film and on accepting that the people around us all have flaws but they are worth loving anyway. (See “Perfection Pending” by President Russell M. Nelson).

Other messages include that everyone has something to contribute ("Brethren, We Have Work to Do," D. Todd Christopherson) and that surrounding ourselves with people who support us is incredibly important in life ("True Friends," Henry B. Eyring).

Lindsi currently works for BYU in the Theatre and Media Arts department, and is a freelance technical director and stage manager for several theatre companies in the Utah Valley area. In her free time she loves photography, stand up paddle-boarding, running 5k’s, reading, spoiling her nieces and nephews, and (you guessed it!) watching movies. For more of Lindsi’s writing visit lindsimichellephotography.blogspot.com.