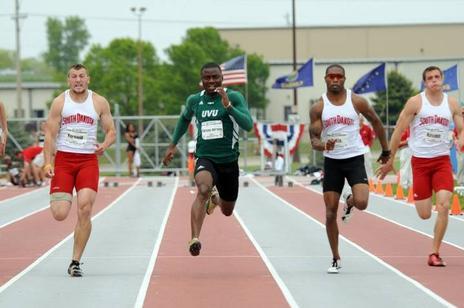 At the National Athletics Championship at the El-Wak Sports Stadium in Accra, Ghana, Allah Laryea-Akrong tenses at the line, crouched down, mind clear, on the verge of making it to the 2012 Olympics in London as a sprinter in the men's 100-meter event.

The bang from the gun pierces the air, and mechanically Akrong is out of the blocks and sprinting to the finish line. He crosses first, breaking his personal record, only to realize he's missed the Olympic mark by two-hundredths of a second off the B standard qualifying time of 10.25 seconds. Akrong has clocked in at 10.27.

Laryea-Akrong is a runner, Latter-day Saint and Olympic hopeful. The 29-year-old who competes for the Utah Valley University track team fell just short of qualifying for the Olympics for his home country of Ghana, but persists in chasing his dream.