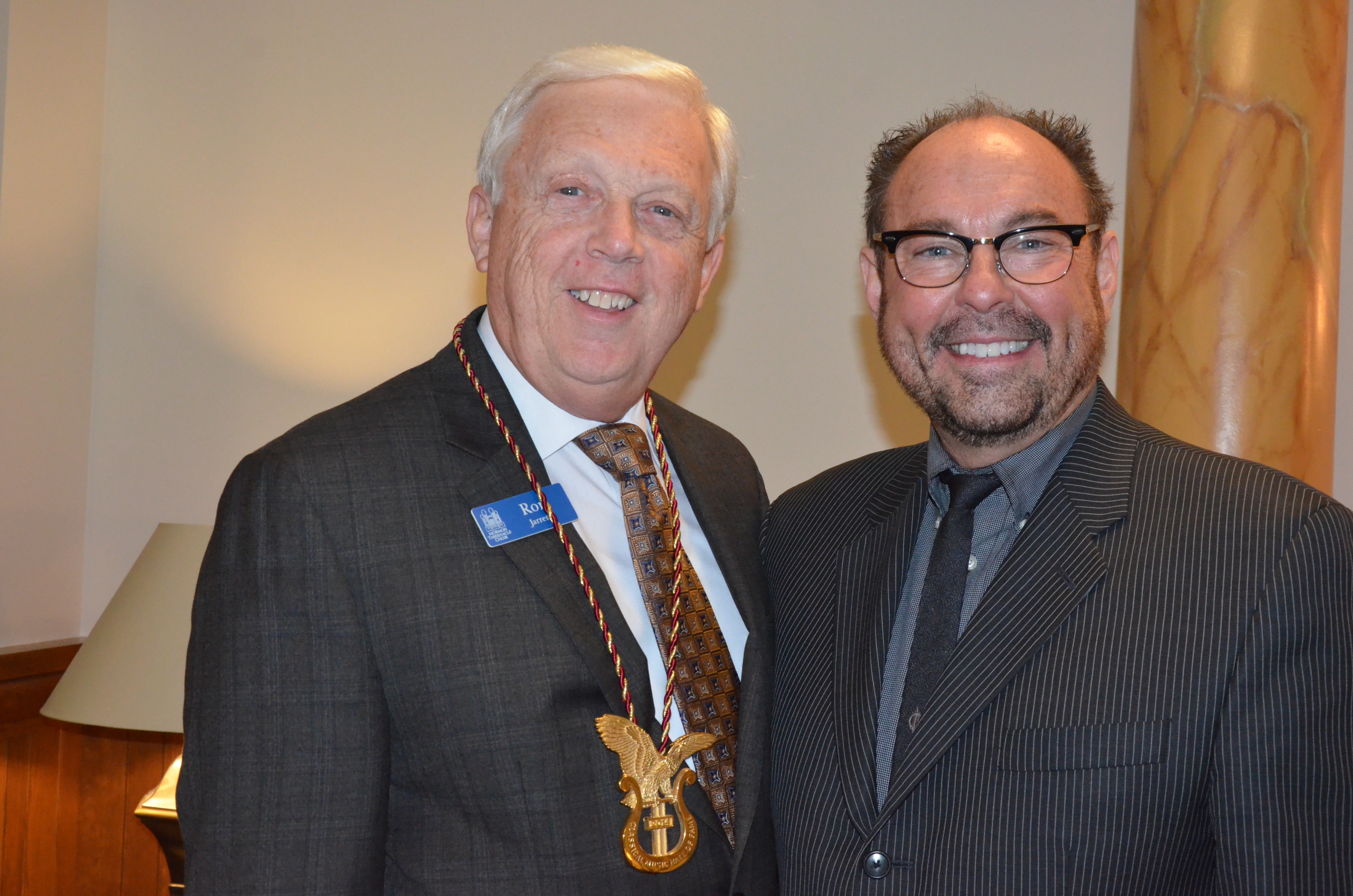 The Mormon Tabernacle Choir was inducted into the American Classical Music Hall of Fame last night in a surprise announcement prior to its concert for the American Choral Directors Association national conference.

Tim Sharp, ACDA’s executive director, made the announcement at the request of the Board of Directors of the American Classical Music Hall of Fame. The induction honors the Choir for over 140 years of dedication to the choral arts and for its significant presence in the world of classical music. Sharp said, “This remarkable ensemble of 360 volunteers has inspired generations of choral conductors such as you and me through concerts, recordings, broadcasts, tours and prestigious appearances at World’s Fairs and U.S. presidential inaugurations. Together with the Orchestra at Temple Square, they continue to inspire us with their work.”

Mormon Tabernacle Choir president Ron Jarrett said it was a wonderful experience to receive the American Classical Music Hall of Fame medallion in front of such distinguished musical peers and choral music enthusiasts. “It is so humbling to be given this honor. We stand on the shoulders of those who have gone before us, dedicating their lives to music because of its power to unite, give comfort, peace and joy. We will continue to pursue excellence in song for generations to come.”

As part of the induction, a newly engraved pavement stone bearing the name of the Choir will be installed on the American Classical Walk of Fame in Washington Park in Cincinnati, Ohio. Using mobile devices visitors can learn about inductees by reading bios, seeing pictures, listening to educational audio tours and playing music.

Founded in 1996, the American Classical Music Hall of Fame seeks to build and sustain enthusiasm for classical music in America by celebrating diverse facets of classical music excellence.

The Mormon Tabernacle Choir is one of the oldest, largest and most recognizable choirs in the world and has lifted the spirits of people for over a century. When Latter-day Saints moved to the Salt Lake Valley in the American West under the direction of Church President Brigham Young, a small choir was formed, which first sang at a conference of the Church on August 22, 1847, just 29 days after the first pioneers arrived.

From this small beginning, the Choir has become an international musical sensation. In 1929, the Choir began broadcasting Music and the Spoken Word on radio. Now the program — carried on over 2,000 radio and television stations and with over 4,000 episodes — is the world’s longest continuing network broadcast. The Choir has an active presence on social media, including YouTube, Facebook, Twitter, Instagram, Pinterest and Google+.

As an ambassador for The Church of Jesus Christ of Latter-day Saints, this unique musical organization transcends cultural and generational boundaries, uniting people worldwide through music.