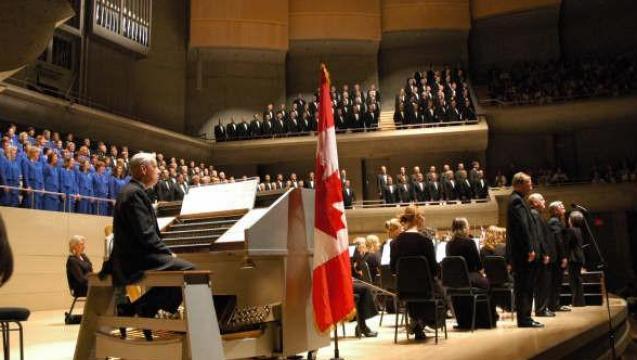 The Mormon Tabernacle Choir and Orchestra at Temple Square officially announced their 2011 summer tour will be from 20 June through 27 June 2011. The tour will consist of seven concerts with performances in five different cities: Norfolk, Virginia; Washington D.C.; Philadelphia, Pennsylvania; Chautauqua, New York; and Toronto, Canada. Sixty-five members of the Orchestra at Temple Square will accompany the 360-voice choir on tour.

“Every week we have thousands of visitors from all over the world who come to Salt Lake City to experience the choir in person,” says Mack Wilberg, music director of the choir. “Touring gives us the chance to share this experience with new audiences around the country. It’s a great privilege and a highlight for choir and orchestra members to perform for audiences in live concerts.”