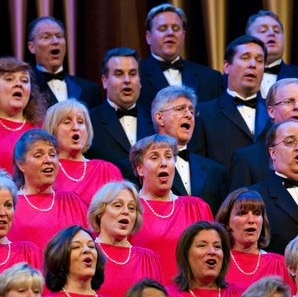 The New York Yankees announced today that the Mormon Tabernacle Choir has added a pregame set at Yankee Stadium to their previously announced Atlantic Coast Tour schedule this summer.

On Friday, July 3, the 360-person Mormon Tabernacle Choir will perform a brief medley of patriotic songs from the field at Yankee Stadium before singing the national anthem prior to the start of the Yankees' 7:05 p.m. game vs. Tampa Bay.

The Choir, which was founded more than a century ago, has performed at World's Fairs, inaugurations of U.S. presidents and in concert halls around the world. It is dedicated to the universal language of music that has the power to bring joy, peace, and healing to its listeners.

Read the rest of this story at mlb.com