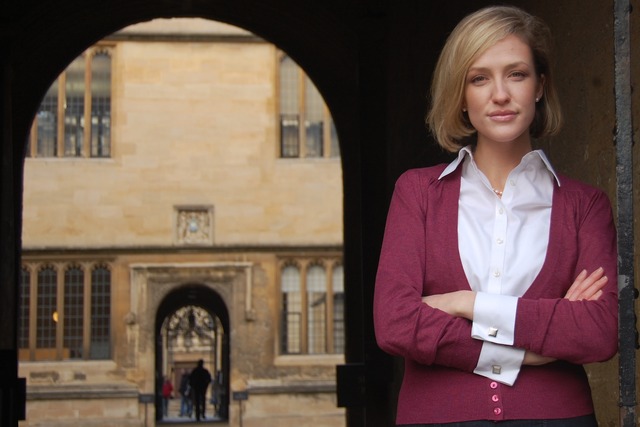 Inspired as a teenager by her mother, a state citizen lobbyist, Toler has always been passionate about U.S. constitutional law. She explains, “I grew up during a time when the Berlin wall had fallen and countries in Eastern Europe were rewriting their constitutions. That seemed to me to be something that was amazingly challenging and something that I would be very interested in.” After completing her undergrad at BYU, she went on to J. Reuben Clark Law School, where she cofounded the nonprofit Constitutional Sources Project (or ConSource), which aims to digitize all historical documents relating to the creation of the U.S. Constitution.

“I thought that I would be old and gray before I would able to assist in the writing of various constitutions,” she says, simply because there were no constitutions being written—and she was not experienced and sage enough to give input on them if there were, she thought.

But then in 2011, the Arab Spring happened, and Toler watched the events in the Middle East with an abiding sense of the need to help. “As we saw dictators tumble in Tunisia and Egypt, I mourned the fact that I wasn’t up to speed quite yet,” she says. With encouragement from her husband, she changed the focus of her doctorate from U.S. constitutional legal history to comparative constitutionalism. And just in time. “As I watched the Libyan revolution occurring,” Toler explains, “I thought, ‘You know I could catch this wave.’” In Libya, she saw the possibility for great change: “There was potential for democracy to take hold there in a way that it couldn’t necessarily in Egypt and even Tunisia.”

Which is how, against the advice of the U.S. State Department, Toler found herself in Tripoli, a chaotic city on the far side of a difficult revolution. Her unique expertise as someone who has studied and compared all constitutions throughout the last 200 years gave her the ability to contribute something the political scientists and lawyers—whose constitutional knowledge usually only goes back 50 years at most—couldn’t.

But while a few Libyan government employees had unofficially invited her to come and give input on the process of creating a new constitution, Toler was at first uncertain of how she would be received by the Libyans. However, she was pleasantly surprised to find a people she now describes as sincere, gracious, and faithful. “It’s frustrating to get anything done there,” she admits, “but the people are wonderful. They are incredibly warm. I was overwhelmed by the generosity and warmth of the Libyans.”

Toler wasn’t looking to march in to “fix” Libya and write a constitution for them, though. Rather, she says, “the Libyan constitution should be written by Libyans” and “the process also needs to be defined and shaped by them as well”—and she just wants to help facilitate that. If such inclusive practices are adopted and a public-driven approach utilized, she explains, it will reduce violence in the region by helping people to accept their constitution as a basis for the rule of law.

“What I want for the Libyan people is for every person ultimately to accept the constitution as theirs,” she says. “I want them to own it. In order to do that, I want them to be part of the process of creating the constitution. I want it to be viewed as legitimate.” Toler has worked with Libyan officials and the Libyan people both on the ground and from a distance to help facilitate those changes she hopes will be able to lead to a stable government and country. She has met with key players in congress and civil society, and she provides them with objective research and comparative studies on the constitutional process. She has also written a series of editorials published in the Libya Herald, which focus on comparing current social and political circumstances to historical examples of successfully implemented constitutions and aim to increase discussion among Libyans about the constitutional process.

“[I hope to] to share with them [the Libyan people] examples of how other countries have written constitutions that have been legitimated and accepted by their own people,” she says. This shows “what those processes look like so they can replicate them.”

Moving forward, Toler hopes to continue working with the contacts she’s made in Libya in order to create a coordinating body of government leaders, local and international experts, and civil society leaders. This group would help lobby for the sorts of change Toler hopes to instill in the Libyan political process.

For now, however, some of these plans might have to be put on hold for another lifelong dream Toler has pursued: motherhood. She and her husband celebrated the birth of their first child in April.

“I have anticipated being a mother my whole life,” she says. “And I didn’t wait 33 years to be a mom to have someone else raise my son.”

But there is still much to be done in Libya. Toler admits, “I love my work. I am enthused by it and so the challenge now is to figure out how to pursue that and be the mom I’ve always dreamed of being.” While her focus on motherhood means some of Toler’s other projects, like pursuing her doctorate, will have to wait, she still plans on continuing her consulting work 15 hours a week. “I focus exclusively on my son and husband, including household stuff, while I am home and focus intensely on work while I am there (though keeping my phone close for the babysitter’s intermittent texts).” Doing that, she says, allows her to feel “like my old professional self” during work and “excited and relaxed upon returning home to my little one. So I think that Elder Faust was right on a macro and micro level—women can have it all, just not at the same time.”

The journey for Toler to get to this point has been lengthy, and her work as a mother and a constitutional consultant has only just begun.  In reminiscing about her path to where she is now, she testifies, “If we choose to explore with our spiritual eyes open [to] our vocational destinies, the Lord will use us in surprising and wonderful ways. And that can be true of a hairdresser or a piano teacher.” She laughs, “It doesn’t have to be as exotic as writing constitutions, or, helping to develop processes for those constitutions. But I believe that with all my heart.”

Working with government officers in Libya isn’t the only challenge Lorianne Updike Toler faces. Since her childhood, she has suffered from a conversion disorder which can sometimes make it difficult for her to walk. In her new eBook, The Other Side of Charity, she outlines her struggle to learn how to receive gracefully, an aspect of charity that is often overlooked in Latter-day Saint culture.

Read this article and find out more about members making a difference in the 2013 July/August issue of LDS Living magazine, now on sale at DeseretBook.com.