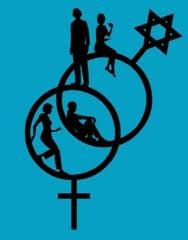 Mormon and Jewish interfaith marriage rates: of temples and missionaries

I read with great interest Naomi Schaefer Riley’s recent Forward article, in which she contrasts the low LDS interfaith marriage rate and the relatively high Jewish rate while proffering areas for emulation to her Jewish readers. I believe there are two main reasons why Mormons tend to marry other Mormons, only one of which is mentioned by the author.

The first is our newly-expanded missionary program, which sends tens of thousands of young men and women all over the world to study and spread their faith. As Ms. Riley notes, returned missionaries generally maintain high levels of activity in the church. My wife and I were both sent to foreign countries, where we had to learn a new language and culture, study the doctrines of our faith, and preach to others during the prime of our lives. Given the level of desire and commitment involved, it’s not surprising that most former missionaries choose to continue their church service upon their return.

Read the rest of this story at jewishjournal.com