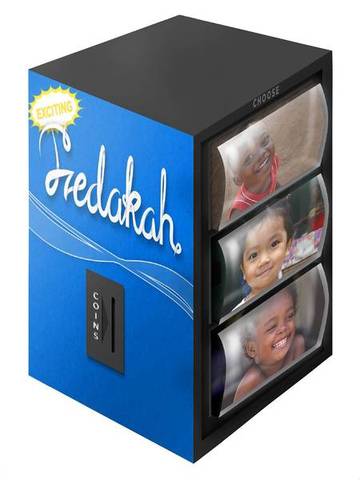 Doug Burnett learned the power of vision and charity as a teenager when his parents gave glasses to a friend who couldn't afford a pair. So when the American Jewish World Service staged a contest for artists to inspire giving, Burnett eagerly accepted the challenge.

The Chicago art director imagined a 21st-century version of the tzedakah box, the receptacle traditionally used in synagogues to collect donations for the needy.

But Burnett's concept has become more than a vessel for alms. His endeavor highlights the common ground of two different faiths. While tzedakah is a Jewish tradition, Burnett is Mormon.

Read the rest of this story at chicagotribune.com