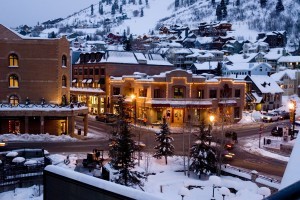 BYU has a rich and creative history at the Sundance Film Festival. Current students, along with alumni, have participated throughout the years.

Among the many films premiered in this year’s festival at Park City is “Austenland,” directed by BYU alumna Jerusha Hess.

The film, based off of the novel “Austenland” written by Shannon Hale, tells the story of Jane, who has an infatuation with Mr. Darcy and anything relating to Jane Austen for that matter. Jane fulfills her lifelong dream of living in the world of Jane Austen when she takes a trip to Austenland, a vacation spot where guest can eat, sleep and live all things Austen.