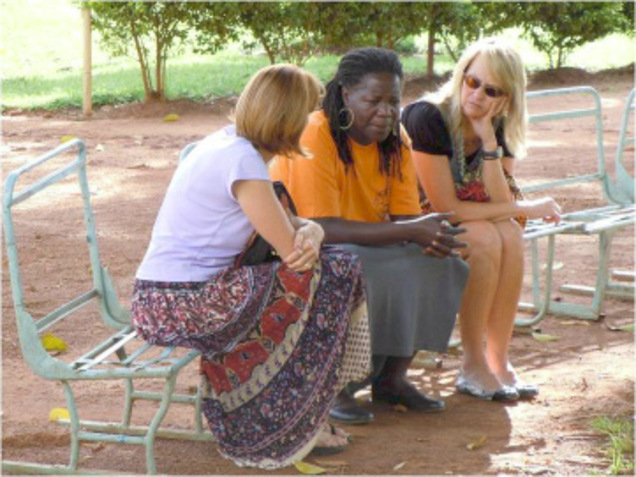 Whether the crisis be abuse, recession, war, disease or death, Judy Dushku’s first question always is: What about the women?

That feminist approach is the natural legacy of Dushku’s Mormon mother, who taught young Judy and her two sisters how to organize, embrace, build and minister to a sisterhood everywhere they went.

Her mother provided casseroles to women in far-flung areas of Michigan; Dushku is armed instead with notebooks, cameras, volunteers willing to get their hands dirty and the occasional keyboard.

Dushku — a political science professor at Suffolk University in Boston, LDS Boston Stake Relief Society president and now president of an international nonprofit organization bringing hope and healing to war-torn Uganda — was in Utah last week to receive the 2010 Eve Award from the Mormon Women’s Forum.