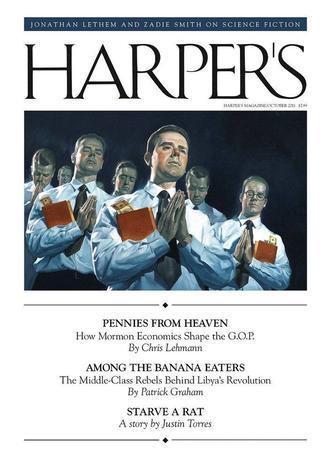 Mormon gospel not money gospel: A reply to new essay on Mormonism from Harper's Magazine

In 1910 an influential national periodical, Person's Magazine, published an article accusing The Church of Jesus Christ of Latter-day Saints of having engaged in nefarious dealings with various politicians, including former U.S. President Theodore Roosevelt.

In a searing reply, Roosevelt denounced the article and defended the character of the Latter-day Saints.

Refuting the report "point by point," Roosevelt wrote that the false accusations against the Mormons "brand with infamy the man who made them and also the magazine editor who published them."

A century later prominent magazines are still selling copies by sticking the word "Mormon" in headlines — the nationally influential Harper's Magazine is only the most recent to try its hand at a Mormon feature with its new October edition.