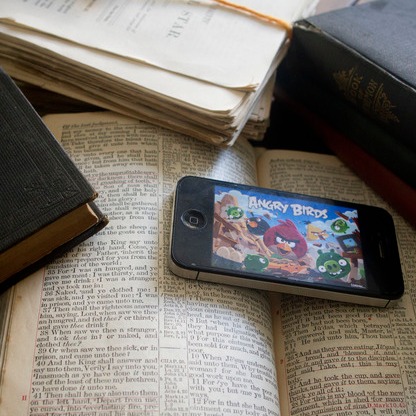 Mormons, Catholics & other churchgoers driven to distraction by digital devices

Tyler Woolstenhulme might be loath to admit it but sometimes he’s not paying attention in church. He will happily confess that he’s not the only one.

The 31-year-old Mormon has more than once sat in the pew of his Sandy ward and let his mind wander. When that happens, he pulls out his iPhone 4 and sometimes plays his puzzle game, "1to50." Or maybe he texts his friends across the aisle.

"I take the time in church to catch up with people I haven’t contacted in a while," he said. "I text friends or family."

The thing is, he says, about half the congregation also is on phones and tablets during a sermon.