This story previously ran on LDS Living in June 2017 but has been updated to include new information.

From winning Olympic medals to creating ornate works of art, many Latter-day Saints have accomplished remarkable feats. A few have even been knighted for their inspiring work and achievements. Here are some of their stories.

Born the last of 11 children to Lilly Annetta Huish and John B. Fairbanks in Provo, Utah, Avard Fairbanks first acquired his love of art in his home. With a father who painted the murals in the Salt Lake Temple and artistic brothers, it's no surprise that Fairbanks created his first sculpture at only 12 years old—a sculpture that took first prize at the 1909 Utah State Fair. A few years later, at 17, he became the youngest artist admitted to the French Salon—an exhibition often considered the greatest art event in the western world.

At 18 years old, Fairbanks received his first major commission and began with his brother J. Leo to sculpt the ornate friezes and statues that decorate the Laie Hawaii Temple. While in Hawaii finishing the project, Fairbanks met, fell in love with and married Maude Fox. 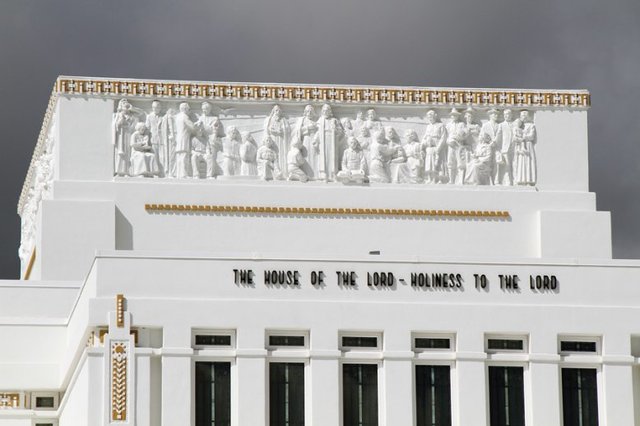 The commissions continued as Fairbanks began studying at the University of Utah. He designed everything from WWI and Civil War memorials to pioneer and Pony Express statues to busts of President Abraham Lincoln. His work can still be seen today at the Capitol Building in Washington D.C., Gettysburg, Ft. Lewis, Ford's Theater, and many other significant historical sites. 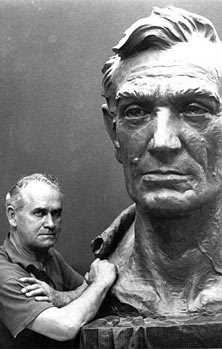 Though his many historical American works are widely admired, it wasn't until he crafted a statue of Lycurgus, the legendary lawgiver of Sparta, that he was recognized by being knighted by King Paul of Greece.

An insatiable scholar and teacher, Fairbanks earned a fine arts degree from Yale, was awarded the Guggenheim Fellowship and studied art in Rome and Florence, taught fine art at the University of Michigan where he received an M.F.A. and Ph.D., and later created the Department of Fine Arts at the University of Utah.

Despite his titles, degrees, and accomplishments, however, Fairbanks always saw his work as an extension of his religious beliefs and a way to capture his spiritual ideals. “The gospel was everything to our father,” the Ensign quotes his children as saying. His belief in immortality and the divinity within each of us shines through in his works. In fact, many of his best-known works adorn Latter-day Saint buildings and celebrate significant moments in Church history—such as monuments honoring the Three Witnesses, Winter Quarters, the First Vision, and the restoration of the Aaronic priesthood; reliefs on the Nauvoo Bell Tower and on Temple Square; and the angel Moroni on the Jordan River, Washington, Seattle, and Mexico City temples.

So the next time you see any of these iconic works, be sure to let your friends know they were created by a knight.

Standing at 6-feet 4-inches, Adams came back from an injury requiring surgery to secure a silver medal in shot put in the 2016 Olympic Games. Just a few months prior to the competition, she married her childhood sweetheart, Gabriel Price, in the Hamilton New Zealand Temple.

"Soon after the wedding, I had to go back into camp. I took Gabriel with me and said: ‘Here we are—this is the honeymoon,'" Adams told The Guardian. About the then-upcoming Olympics, Adams said, "It’s going to be a tough challenge, but anything is possible with a bit of faith. Of course, I want the gold in Rio, but I would like to help inspire people more—whether it’s changing their lifestyle or working hard or winning clean and living honestly. That’s an even greater goal for me.” 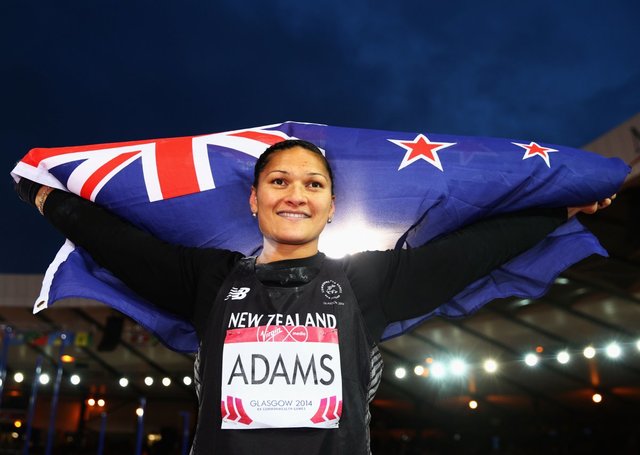 And Adams has continued inspiring others, through her sport and her faith.

At the end of December 2016, Valerie Adams was appointed one of New Zealand's highest honors, the Dame Companion of the New Zealand Order of Merit.

About this incredible achievement, Elder S. Gifford Nielsen of the Pacific Area Presidency said, "This prestigious award honoring Valeria is so well deserved. She is not only an amazing athlete but also a powerful example of goodness and kindness. She knows her mission in life is to use her talent to influence many in a very positive way and this recognition exemplifies that quest."

Shortly before becoming Dame Valeria Adams, Adams recorded a video to help promote the Church's 2016 Christmas campaign, "Light the World." "I love Christmas so much. I love spending time with my family, hanging out, having a good old feed like we all like to do, but most importantly I like to remember the birth of our Savior and everything that He has done for us," she says. In discussing how she tries to be more Christlike and share His light, she continues, "I try to give my time to people. I think it's very, very precious to be able to give time to people."