7. Latter-day Saint actress A.J. Cook has had a starring role in the CBS drama Criminal Minds since 2005. 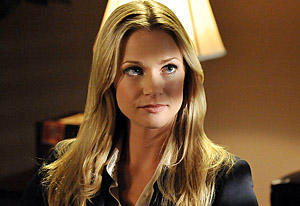 Andrea Joy Cook was born in Oshawa, Ontario, Canada. Her first acting job was in a McDonald’s commercial in 1997. Cook has played the character Jennifer “J.J.” Jareau on Criminal Minds since 2005. In 2010, it was announced that Cook’s contract would not be renewed because of budget cuts, but due to outcry from viewers, she was reinstated.

The boys who play Cook's sons on Criminal Minds are her real-life sons Mekhai Andersen and Phoenix Andersen. 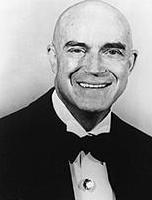 Keene Holbrook Curtis was born in Salt Lake City, Utah, in 1923. He was discovered by Orson Welles when Welles directed a college production of Macbeth. Welles then cast him in the role of Lennox in his 1948 motion picture adaptation.

Curtis went on to star in movies such as Heaven Can Wait (1978) and I.Q. (1994), as well as several popular television shows including M*A*S*H*, Cheers, E.R., Star Trek: Voyager, and Touched by an Angel. He also starred in several Broadway productions and was best known for his role as Daddy Warbucks in Annie. He died in 2002 at age 79.