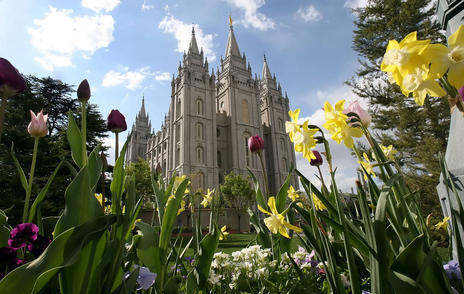 Mormons shouldn't squirm in the spotlight

I was reminded last week, upon reading Simon Critchley’s opinion piece in the New York Times, what a unique stretch of time we’re in. Much has been written about the Mormon Moment. As a columnist, I’ve been watching this moment snowball for more than a decade, from the rustlings that came during the 2002 Winter Olympics up until now.

A lot has changed in that period of time. The number of famous Mormon faces has grown, thanks to reality shows, business success, blogging, politics and some best-selling books. The way we’re scrutinized has changed. A decade ago, the media often deferred to non-Mormon experts on Mormonism. Now they reach more from within the faith to source their stories.

What hasn’t changed is some Mormons’ uneasiness with being in the limelight. I’ve heard from some people, ever since Mitt Romney began his campaign, "I don’t think it would be good for Romney to win the presidency because it would put too much negative attention on the church."