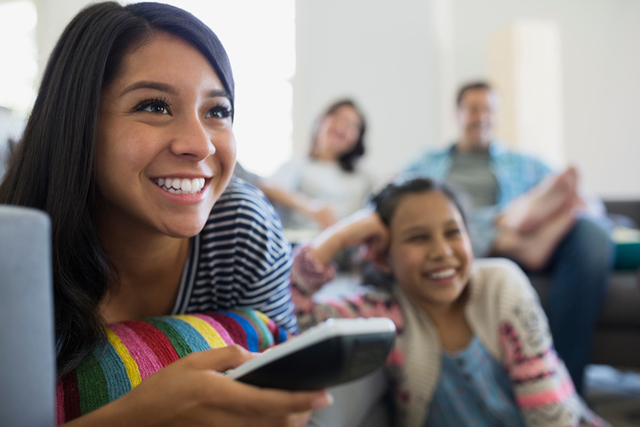 Most Common Questions Teens Ask About the Gospel (+ the Answers)

As religious educators, we get questions from youth all the time. When we set out to write our books WHY?, HOW?, and Q&A, our purpose was to try and answer the types of questions teens most frequently ask us. In this article, we’ll share what we believe are some of the top questions teens ask about the gospel (and, of course, some answers too!).

Why does it matter what I wear?

While in the Amazon jungle, Anthony went fishing for piranhas with a native guide. All it took was putting some raw meat on a hook and dropping it in the water, and within moments the piranhas came. It was amazing to see the powerful attraction that the raw meat had to bring in the piranhas.

So what do piranhas, hooks, and raw meat have to do with hemlines, midriffs, and modesty? A statement from the For the Strength of Youth pamphlet provides the connection. It teaches: “The way you dress is a reflection of what you are on the inside. Your dress and grooming send messages about you to others.”

The parable of the piranha serves to illustrate this very important point: What you cast out determines what you catch. It’s true for fishing, and it’s true for our dress standards. Just as the meat sent a message to the piranhas, our dress and appearance send messages as well. If you don’t want to be surrounded by piranhas, don’t toss meat into the Amazon. Similarly, casting out our flesh through immodesty usually only attracts people who are interested in our flesh, while dressing modestly tends to attract those who are similarly modest and virtuous. The scriptures teach, “intelligence cleaveth unto intelligence; wisdom receiveth wisdom; truth embraceth truth; virtue loveth virtue; light cleaveth unto light” (Doctrine and Covenants 88:40).

The most powerful reason why one should wait until 16 to date has to do with being sexually pure. The earlier a teenager begins to date, the more likely they are to engage in pre-marital sex.

Researchers have studied the connection between when youth began dating and if they remained sexually pure through high school. In one study, results indicated that youth are up to 300 percent more likely to become sexually active in high school if they begin dating at age 15 instead of age 16. An additional study found that 80 percent of LDS youth who reported dating before 16 had become sexually involved enough to require a bishop’s help for repentance.

Furthermore, most youths are not physically or emotionally stable enough to begin dating in their early teens. Just listen to the fluctuation in a 14-year-old boy’s voice for an immediate example. Young teens are still figuring themselves out. Research has shown that teen brain development goes through a wave of change—including the ability to correctly interpret other people’s emotions and the ability to forecast the future consequences of decisions—beginning at age 12 and not completing until later in their teens. The early teen years are unstable enough without adding the emotional complexities that come from being involved with dating the opposite sex.

What is wrong with having a steady boyfriend/girlfriend?

Latter-day Saint prophets have consistently talked about the importance of not steady dating in high school. President Gordon B. Hinckley flatly said to teens, “Do not get involved in steady dating.” President Spencer W. Kimball said, “Early dating increases temptation. A vicious, destructive social pattern of early steady dating must be changed . . . the change of this one pattern of social activities of our youth would immediately eliminate a majority of the sins of our young folks.”

One reason why steady dating should be avoided is because steady dating leads to steady temptation. The more time a boy and girl spend with each other, the more emotionally attached they will become. The more emotionally attached they become, the more they want to express those emotions physically. One study of LDS youth found that of those who reported having a serious boyfriend or girlfriend, 93 percent had been involved with making out with their boyfriend or girlfriend. Simply stated, it is much harder for a youth to stay sexually pure when they spend a lot of time with somebody they are strongly attracted to.

Another reason why steady dating in high school should be avoided is that it limits the opportunities teenagers have to meet and date a variety of people. For example, a girl who is seriously dating a boy will usually not be asked out by other boys because they perceive she is already “taken,” limiting the number of young men she can get to know. Although a teenager might say, “I don’t need to date other people because I really only like this one person,” dating other people and getting to know a wide range of people only helps confirm that is true so that later, when the time does come for serious courting and marriage, he or she will make a better informed decision.

How far can I go with someone of the opposite sex and not sin?

There are at least two ways to answer this question.

Answer #1: Modern LDS prophets have given this clear standard: “Before marriage, do not do anything to arouse the powerful emotions that must be expressed only in marriage. Do not participate in passionate kissing, lie on top of another person, or touch the private, sacred parts of another person’s body, with or without clothing. Do not allow anyone to do that with you.” That is pretty plain.

Answer #2: The question “how far can you go and still not sin” is a terrible question! That question says, “Okay, there is a line of sin and I want to go right up to that line but still not cross it.” The problem is, the closer you get to the line, the harder it is to stop. President Henry B. Eyring said, “The question that really matters is this: ‘How can I learn to sense even the beginning of sin and so repent early?’”

The question shouldn’t be “How far can I go,” but rather, “What standard can I set for myself to make sure I never get close to the line of sin?”

How can I tell if it’s my own feelings or the Holy Ghost?

This is perhaps the most commonly asked question by older teens. One key to remember is that inspired thoughts are usually confirmed by inspired feelings. Doctrine and Covenants 8:2 teaches that the Holy Ghost tells us in our mind and our heart; there is a connection there. When ideas come to our mind that are accompanied by powerful feelings in our heart from the Spirit (see Galatians 5:22–23), then it is usually an indicator that what we are thinking is right. This powerful connection to the heart is an indicator of inspired thoughts.

Elder Richard G. Scott said we should move forward with what the prompting is. He said, “Most often what we have chosen to do is right. He will confirm the correctness of our choices His way. . . . If, in trust, we begin something which is not right, He will let us know before we have gone too far. We sense that help by recognizing troubled or uneasy feelings.”

How can I know when I’ve been forgiven?

Even if we’ve repented, most of us still remember our mistakes and sins and sometimes feel guilt over wrong decisions in the past. Our teenage years are usually when most of us begin to make serious mistakes, and therefore have our first real experiences with repentance. Many youth wonder how they can know if they’ve been forgiven after they repent. Here are a few keys:

We feel peace of mind: For the Strength of Youth puts it this way: “When you do what is necessary to receive forgiveness . . . you will feel the peace of the Lord Jesus Christ.”

The sin has lost its appeal: When King Benjamin’s people were moved to repentance they said “we have no more disposition to do evil, but to do good continually.” (Mosiah 5:2). They had lost their desire to commit sin.

We are willing to forgive others: The Savior stated on multiple occasions that God will “forgive us our trespasses, as we forgive those who trespass against us” (JST Matthew 6:13; see also D&C 64:10–11; Ephesians 4:32).

Although we know there are many more answers to these questions, the point is this: to most all gospel questions that youth have, there are good, logical, and doctrinal answers. We hope a few of these might help you as you answer the questions your teen asks of you.

Do your teens have questions? Most do! In Q&A they’ll find the meaningful, relatable answers for many of their most pressing questions, all in one book! Drawing from the most popular questions in their books Why?, How?, and The Big Picture—and adding some timely new questions about current issues—John Hilton III and Tony Sweat help youth understand the doctrinal “whys” that reinforce the teachings found in For the Strength of Youth. Then they share the “hows” and “whats” to help youth live the gospel in today’s world. With an eye-catching graphic style, this new paperback format is fun and engaging for today’s LDS teens.

This article originally ran in 2012