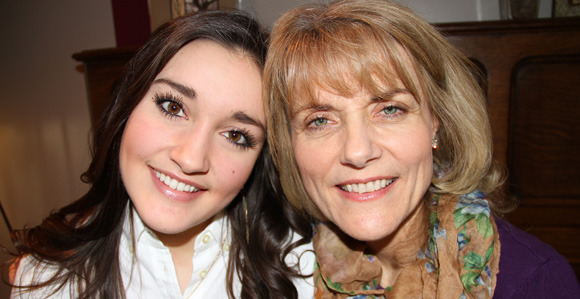 Mother and daughter at MTC together, serve missions at the same time

Many young sisters are having the chance to serve a mission at a younger age since President Thomas S. Monson’s announcement in the October 2012 general conference, but not many can say they are going at the same time as their mother.

After her parents divorced about two and half years ago, Andraya and her mother lived alone together and grew very close. Neither knew that a mission would come so soon in their future, much less that they would serve at the same time. Both had to pass through a series of spiritual impressions and unexpected miracles to get to where they are today—serving the Lord wearing the black nametag.