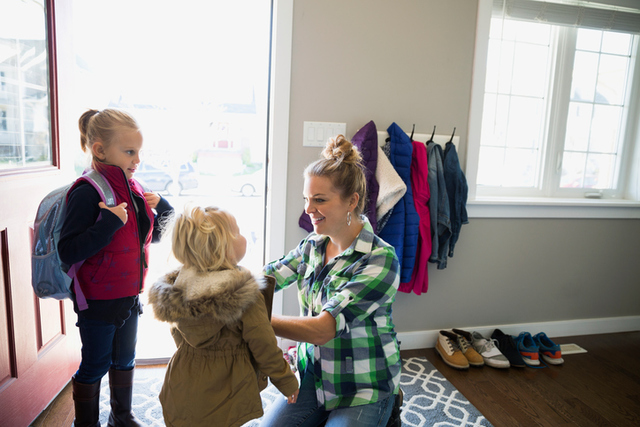 Motherhood: Why the Hard Is What Makes It Great

We have quite a transient ward, with lots of apartment units and young families, and it's difficult to put together a ward choir under the circumstances, although there is plenty of talent to work with. By the time the choir gets a number worked up, half the participates have moved out or are visiting their parents on the weekend of the performance or are home with sick babies or are home having babies . . . the list is long but the bottom line is that we don't have ward choir numbers too often.

However, our enterprising ward music director hit upon the idea once of inviting all the men in the congregation up to the choir seats to sing the intermediate hymn as an impromptu men's choir. It was actually pretty stirring. We women don't get to hear "Ye Elders of Israel" sung all that much, but the men sing it in priesthood meeting enough that they're familiar with it, and a lot of them can sing the parts, so it comes across pretty well even without advance practice.

It was such a hit, in fact, that a couple of months later our leaders decided to try it again, but with the women this time. The bishop stepped to the podium and invited all the Relief Society sisters to come to the front to perform a number for the ward. As they did so, a wail started up in the audience. Soon the only chorus that could be heard at all in the chapel was a refrain of sobs, whines, and downright screams. We sand "As Sisters in Zion," but the infants in our ward, oblivious to the music's soothing possibilities, offered a new interpretation for the phrase "we'll all work together" in their synchronized shrieking.

Being indispensable is part of the job of being a mom. It's exhausting and exasperating, but it can also be exhilarating. It's a great blessing to be needed. It's a wonderful gift—and a sobering responsibility—to be someone's favorite person in the world. I remember a time when I was zoning out on my bed with the TV droning in the background, physically and emotionally spent yet again, thinking, "Why does this have to be so hard?" The movie playing on the television was A League of Their Own, in which Tom Hanks portrays the coach of a professional women's baseball team during World Ward II. Geena Davis, his star player, quits the team, saying, "It just got too hard."

"It's supposed to be hard," responds Hanks. "if it wasn't hard, everyone would do it. The hard is what makes it great."

And yet many of the best moms I know don't get how important it is, this mothering they're doing. My sweet mother-in-law was at the top of this list. She had 10 children, the ninth of whom suffers from Down's syndrome. Her husband died at age 50, and she picked up alone the burden of caring for that precious daughter and the other still at home, spending almost as much of her life as a widow as she had as a bride. And still, she persisted all her life in bemoaning the fact that she had never really accomplished anything.

I tried to tell her that having 10 children would have been a one-way ticket to the Crazy Farm for me. Not everyone does this, I pointed out. I tried to show her how much the world had been blessed by the children she had been willing to bear and care for and love. I tried to explain that she had spent her mortality in pursuits that would matter for eternity. What were worldly "accomplishments" worth compared to that?

I don't think she ever believed me. She passed away last year, and one of my great hopes and fervent beliefs is that her perspective has changed on this issue. Put her on one side of the room and Donald Trump on the other and let's see whose eternal empire shines the brightest. Another of my deepest hopes is that most of us moms won't wait until we get to the other side of the veil to start recognizing what it is we're really doing here. Prophets try to tell us. We give each other pep talks. But in the end, it is our Father who will show us the true worth of our efforts and accept the offering that has made us most like Him.

He has honored that offering all along. 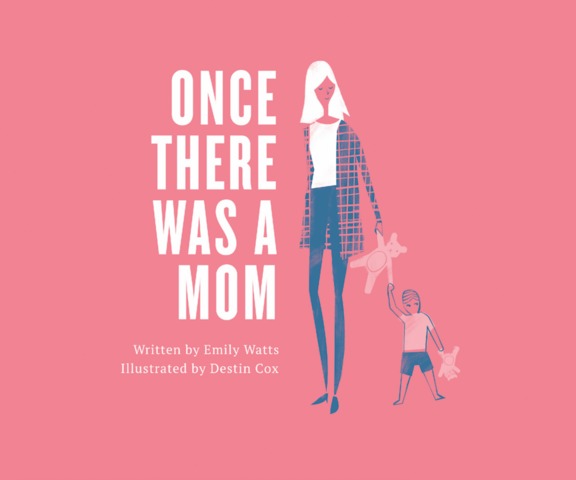 "Mom" was the biggest word in her world.

And on some nights, when the house was dark and still and the moon peeked through the window, it made her wonder.

For every mom who has ever wondered if all the little things she does in a day make a difference, Once There Was a Mom by Emily Watts offers hope and encouragement. Take it from someone who, like you, has read story after story, sung lullaby after lullaby, and even taken the batteries out of the toys once in a while! The truth is, little things are much more important than we may think. With contemporary, stylized illustration by artist Destin Cox, this charming gift book will bring a smile to the face of mothers of any age. Available at Deseret Book stores and ondeseretbook.com.