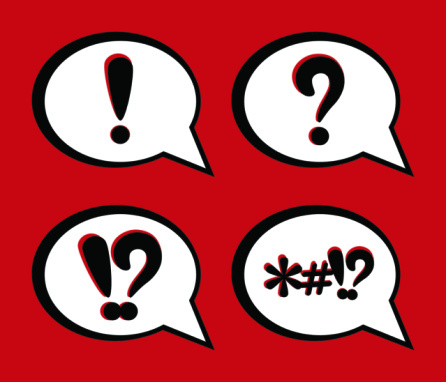 Series Introduction: Movie ratings are traditionally based on three primary criteria: profanity, sex, and violence, with some additional emphasis on drug use. One of the flaws of the current rating system is that each level of PSVD content is wrapped into the same rating, without considering the different categories of content individually. As such, the current rating system provides no additional information about content for viewers who might care about one category of “objectionable” content more than another.

In reality, each of these four categories are fundamentally different from one another and should be considered separately when analyzing and judging movie content. In a loosely linked series of posts, I’ll be looking at each category individually and see how LDS viewers (or other “decent movie” patrons) can approach each topic.

The word “profanity” as a catch-all term for objectionable language in film is, strictly speaking, two distinct categories: “profane” language, according to its textbook definition of “showing contempt for deity or for something sacred”, and “vulgarity” — which covers vulgar and obscene expressions not related to God or the divine. Let’s focus first on the non-profane forms of profanity — that is, basic swear words.

Every language has its obscenities and vulgar terms, and ever since Clark Gable caused audiences to gasp by using the word “damn” in Gone With The Wind in 1939, movies have kept pace in their use and acceptance of profanity in film. (Often the defense is made that “that’s how people talk”…but, of course, this creates a self-fulfilling prophecy, where young people learn to swear in part because they are constantly exposed to forms of media that inform them that “that’s how people talk…”)