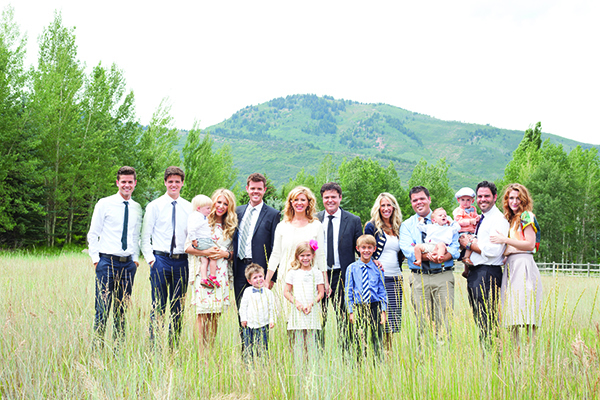 Mrs. Donny Osmond Shares How She Keeps Faith Not Fame the Focus of Her Family

Being married to a celebrity could make it easy to get caught up in the glitz of Hollywood, but Debbie Osmond shares how she keeps her family grounded, as well as a few surprising stories about Donny.

Learn more about Donny and Debbie's epic romance with "5 Famous Mormons and Their Unbelievable Love Stories."

Debbie Osmond is often asked around town if she’s related to Donny Osmond. Sometimes she says “Yes, but so are about 500 other people!” She normalizes her experience of being married to Utah Valley’s most famous face and wants to do the same for their five boys and eight grandchildren.

And now that “normal” includes a nearly empty nest as her last of five boys graduates from Timpview this month.

“We had 50 kids here the other night having a big dance party in my living room until 1 in the morning,” she says. “The other night all the grandkids were here and threw the cushions off the couch and began jumping on them. And that is family to me! I never wanted to have a stuffy home. We are party central.”