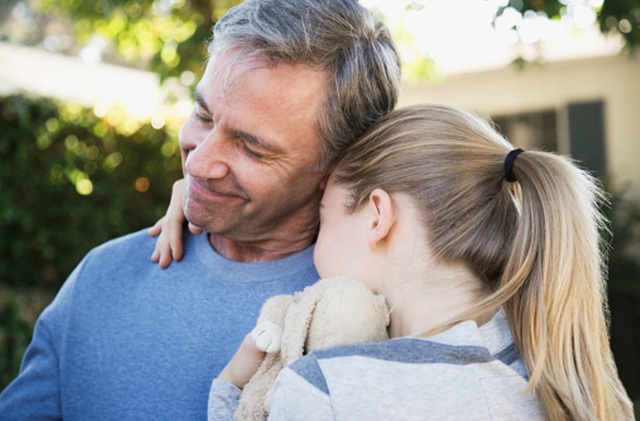 My Prayer for My 2 Future Sons-in-Law

What a testament to this father's love for his daughters. It just goes to show how much our Heavenly Father must love each of us.

I am confident that every dad who’s ever had a daughter can relate to at least some of what I’ve been feeling lately. Pardon the cliché, but it feels like just yesterday that my wife and I were bringing our first child, a daughter, home from the hospital in Austin, Texas.

Now suddenly that daughter has her first Stake Young Women’s camp under her belt, she’s starting middle school later this fall, and she will be a teenager next spring. I don’t mind admitting I am in denial that my little girl is not so little any more. With a mixture of anxiety and awe, I realize that before I know it, six more years will fly by, and she’ll be heading off to college. (We have a private agreement about where she’s going.)

My daughter is intelligent, beautiful, kind, talented, and faithful. She loves tennis and volleyball, and she is phenomenal on the piano. If she gets to write her life script, it will include a full-time mission and a temple marriage. In short, hers will be a life defined by her Christian discipleship.

I know that I can barely comprehend her potential, and I remind her often that I believe she can do anything she sets her mind to. In so many ways, she is a carbon copy of her mother, and I burst with pride when I see the person my daughter is becoming. Incidentally, I could say all of the same things about her younger sister, who is just four years behind her but measures up to her in every way. My daughters are a gift from God.

Watching my girls grow up before my eyes, I can’t help wondering about their future spouses. I remember a local priesthood leader once describing how he had begun to pray for the boys who would one day marry his daughters. It’s a rough world out there, and there are some battle scars I hope my future sons-in-law will be able to avoid. How could I not keep them in my prayers? If I could meet them now, shake hands, and look into their eyes, I would share a few things my prayers for them include:

I pray that your father is teaching you to respect women by how he treats your mom.

Few things will influence the way you treat my daughters more than the way you see your dad treat your mom inside your own home. I pray that your dad is teaching you by his example to respect your wife always. In that regard, your dad is in my prayers, too.

Mormon Life Family PrayerFamily,Prayer,Mormon Life
Comments and feedback can be sent to feedback@ldsliving.com