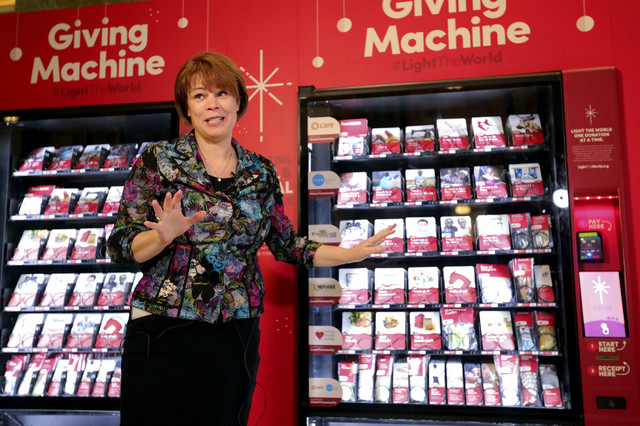 "Doing good on this Giving Tuesday could be as simple as going to a vending machine in Manhattan," NBC News reports.

The Church of Jesus Christ of Latter-day Saints has set up their creative and charitable giving machines in five locations across the world this year, which allow users to donate goats, water filters, eyeglasses, and more to people in need.

These #LightTheWorld vending machines are hosted in London, Arizona, the Phillippines, New York, and on Temple Square.

In 2017, with just one vending machine in Salt Lake City, participants raised more than $500,000 that went to five charities: CARE, the Utah Food Bank, Eye Care 4 Kids, Water for People, and WaterAid.

This year, their impact has already been catching the attention of national and international news outlets like Fox, NBC, and the Daily Mail.

NBC 4 New York reported about these "different kind of vending machines" that they don't "take change, but [they do] change lives."