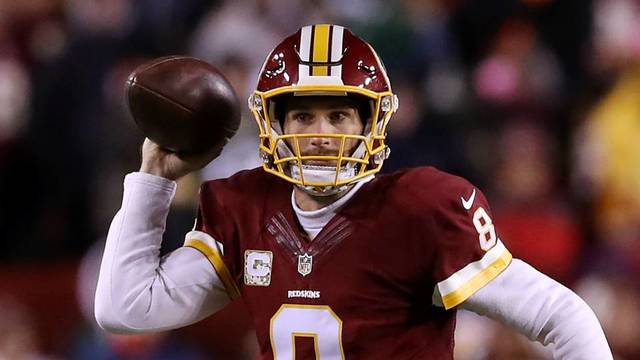 CBS: NFL Quarterback Passes on $53M Deal Because He Is "Trusting in the Lord," Relying on Faith

The Washington Redskins offered to pay NFL quarterback Kirk Cousins $53 million in a long-term deal, but one surprising aspect in his refusal of the deal is how much faith played a part in the decision. It's always encouraging to see others live their faith and rely on God, no matter what is at stake.

Cousins went so far as to say that "I could play for the Redskins for the next 10 years on one-year deals," and noted that, ultimately, his faith will determine where he ends up.

"First of all, what rarely ever gets reported is that ultimately this decision is not about anything more importantly than my faith," Cousins said. "My faith is ultimately driving this decision. Do I feel like the Lord is leading me to make this decision or that decision and where does he give me peace? . . .

"He brought me to D.C. then. He had a plan for me," Cousins continued. "I didn't know if it was going to be for football or for something else, but he placed me in Washington, D.C. for a reason. I believe that with my whole heart, and as a result, I was content to be patient and allow time to reveal that and to continue to just wait on the Lord.

"And he has revealed that, and he's done far more in my five seasons here in Washington than I ever thought he would. And so here I sit and people are saying, 'It appears to be a dead end. After this year, what's going to happen to Kirk?' And I would say it's the same answer: I'm trusting the Lord."

Read the rest of this story at cbssports.com

Mormon Life FaithFaith,Mormon Life
Comments and feedback can be sent to feedback@ldsliving.com