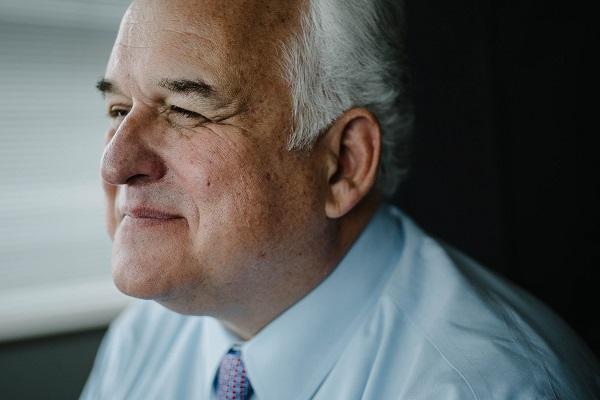 Tom Christofferson, author of  That We May Be One: A Gay Mormon's Perspective on Faith & Family, was recently interviewed by RadioWest's Doug Fabrizio, sharing moments from his life and insights into what it means to be a happy, gay Mormon.

The first time Tom Christofferson found an expression, any expression, for what he'd felt since he was 5 years old, was a very abrupt experience.

"I was in junior high and some kid called me 'homo.' I went to the library to look up what that meant and went, 'Oh, well, in fact, he's right. I am 'homo,'" Tom said on NPR.

Though he now had the language to express what he felt, it would not be until much later in his life that Tom, who had a family of active Mormons and was a Mormon himself, would say it out loud—"I'm gay." But he would face misconceptions and questions about his sexual identity throughout his life.

On NPR's RadioWest show with Doug Fabrizio, Tom shared a little of his story as a Mormon, a brother of Elder D. Todd Christofferson, and a gay man.

After hiding his same-sex attraction throughout junior high school, high school, his mission, college, and a temple marriage, Tom found himself on the phone with his mother, telling her that he had recently separated from his wife and was getting a divorce.

"The first question my mom asked was 'Why?'" Tom remembers on the show. "And I hadn't quite prepared for that one. So I said, 'Because I'm gay.' And there was silence on the line."

It was the first time ever, Tom told Fabrizio, he had said those words out loud: "I'm gay."

"And she then said, 'Well, I guess we've always known,'" Tom says, "and I thought to myself, 'Well why in the world haven't we been talking about this?'"

Up until that moment, he hadn't talked with anyone about his same-sex attraction except God, keeping it a secret from his family.

When he came out to his parents, they wondered what "made" him gay, even going so far as to blame themselves. While Tom admits this was a common way of thinking in a time when there was even less known about same-sex attraction than there is now, it was another misconception he had to face. Nothing his parents or anyone else did "made" him gay, and it wasn't something he consciously chose.

"I really appreciate in the first version of mormonandgay.org, now mormonandgay.lds.org, the phrase in there that 'no one chooses this attraction,'" Tom says. "It is a big step. I think at least we've come to that place. Whatever the causation may be, it wasn't simply [that] someone thought, 'Oh this will be fun. I think I'll be gay.'" Being gay is a part of his identity, Tom says. It is more than just sexual attraction—it is "a part of how I see and encompass the world," he writes in his book.

Though at first Tom's family didn't understand how to find a place for him after he came out, with time, they came to an understanding. It took some time to find "footing," Tom shares, including a period where his brothers and sisters-in-law were concerned about their young child being around Tom after he was excommunicated and had a partner. It was a family gathering at a cabin, where Tom's parents called a family meeting that helped change some of the family's discomfort.

"Dad talked about what he really thought was critical, which was that we be loyal and have unity," Tom shares. "That we would remain loyal to each other regardless of what would happen in our lives and that we would be unified as a family." That was the breakthrough moment, Tom says, as he and his partner moved forward as fully integrated members of the family.

Though he felt accepted by his family and was later accepted by a ward family in Connecticut when he began attending Church again with his partner, Tom felt guided to take a new direction in his life.

► You'll also like: Watch: Gay Mormon, His Bishop, and Stake President Hold Panel Discussion on How to Include LGBTQ Mormons in the Church

And after spending nearly 20 years in a relationship with his partner and leaving the Church, Tom and his partner broke up, and Tom was re-baptized.

Today, Tom describes himself as a "happy, gay Mormon." But there is still the "instinctual desire to have a unique other to love and be loved," he says.

"Some nights are harder than others," Tom admits. "But there are also, I have found at least, that there are compensations. And it's partially the love of friends and family who care for me and look out for me. But mostly, for me, it's being able to accomplish goals that I have in my religious life."

"I guess what I feel is that the first and second great commandments prepare us, at least in some sense, for what lies ahead," he says. "That it's our love for God the Father and His Son, our desire to follow Them with all hearts, and mights, and minds, and strength. And the second, that we love our neighbors as ourselves, and I  feel that in learning those kinds of love, that's what prepares us for whatever lies ahead." 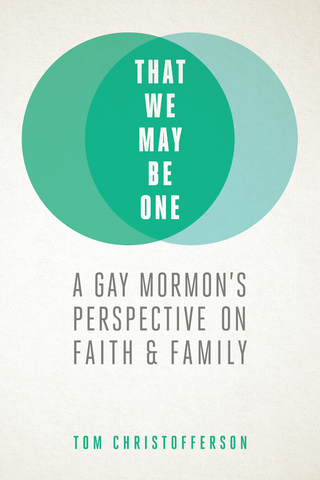 In That We May Be One, Tom Christofferson shares perspectives gained from his life's journey as a gay man who left The Church of Jesus Christ of Latter-day Saints and then returned to it. After having asked to be excommunicated from the faith he was raised in, Tom spent two decades in a loving relationship with a committed partner. But gradually, the love of family, friends, and strangers and the Spirit of the Lord worked on him until he found himself one night sitting in his car in front of the bishop's house.