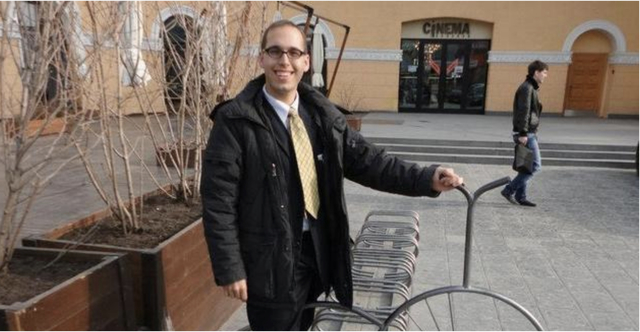 When Daniel Ortner was 18 years old, his faith in God was shattered. "My mom, when I was in high school, was diagnosed with ovarian cancer, and she passed away shortly after my 18th birthday," Ortner says on a recent NPR podcast. Having grown up in a household where his mother "believed strongly in God" and his dad was "strong in his Jewish heritage," Ortner remembers celebrating Hanukkah, eating homemade latkes, and attending Jewish schools.

But then suddenly, Ortner didn't know what to believe. "After [my mother] died, it really shattered my faith in God, and I couldn't accept how He could do that to her. So for several years, I became a pretty ardent atheist. I was very adamant that there was no God," Ortner shared with NPR. In fact, Ortner began to engage in theological debates to prove God did not exist. But then, he realized something was missing from his life.

While at Brandeis University, Ortner became friends with a member of The Church of Jesus Christ of Latter-day Saints, and he became curious. "I went to a Barnes & Noble store. I opened the Mormonism for Dummies book and the Complete Idiot's Guide to Mormonism," Ortner says. "I was quickly struck by what I read." Ortner was particularly moved by Latter-day Saints' beliefs in the afterlife and knew it was true, but when Ortner told his father about wanting to join The Church of Jesus Christ of Latter-day Saints, his father said he would disown him if he were baptized.

For a year Ortner pled with his father, explaining why he wanted to join the Church until his father finally gave his permission.

After becoming a member of the Church, Ortner again experienced conflict with his father when he was called to be a missionary for the Church. "My father saw missionary work as evil of a thing as imaginable, particularly because so many of his relatives were killed in the Holocaust because of their beliefs," Ortner says. "His parents lived in a town in Poland not far from Auschwitz, the concentration camp. And, luckily, they escaped Poland, and they went to Russia during the Second World War. And they were refugees in a work camp in Siberia." When Ortner was called to serve in the Russia Novosibirsk Mission in Siberia, it gave his father a chance to tell Ortner about his relatives and Jewish heritage. In learning about how many of his ancestors sacrificed and died for their beliefs, Ortner gained a deeper appreciation for his faith.

"It was only after I went out as a missionary and dedicated two years of my life to, every day, getting up and serving God, serving others, that I really came to understand how belief and faith can motivate and change your life," Ortner says. "I really came to appreciate, you know, religious believers of all faiths, how they live their life according to divine principles that they embrace and how it pushes them to be a better person every day."