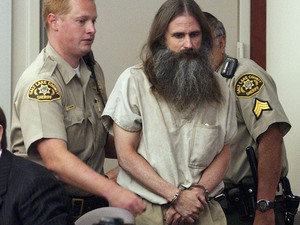 For nine months, at only 14 years old, Elizabeth Smart endured what she has described as a horrific world of daily assaults, death threats and captivity. Now, seven years after her rescue, Smart's accused kidnapper and rapist finally goes to trial.

Jury selection begins Monday in the federal criminal trial of one-time street preacher Brian David Mitchell, 57. Mitchell is charged with kidnapping and unlawful transportation of a minor across state lines. Smart was taken at knifepoint from her Salt Lake City bedroom on June 5, 2002.

Smart says she was held as a polygamous wife in a mountain camp near her home, and in shelters and borrowed housing in California. The teenager was shrouded in cloth to disguise her identity as she became part of Mitchell's street life. Smart, Mitchell and Wanda Barzee, Mitchell's estranged wife, traveled together as preacher and disciples.
Read the rest of this story at npr.org