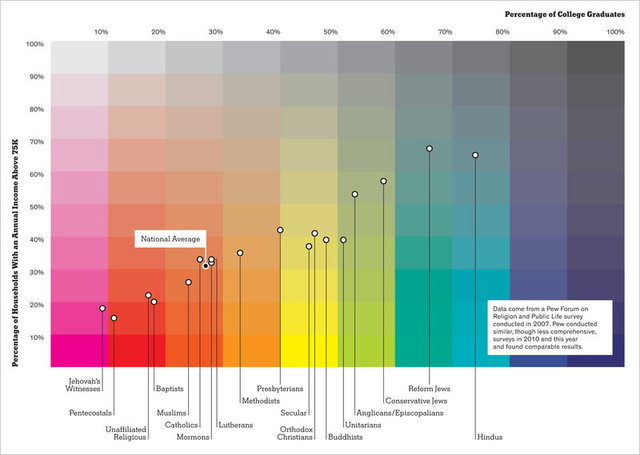 NY Times: Is your religion your financial destiny?

The most affluent of the major religions — including secularism — is Reform Judaism. Sixty-seven percent of Reform Jewish households made more than $75,000 a year at the time the Pew Forum on Religion and Public Life collected the data, compared with only 31 percent of the population as a whole. Hindus were second, at 65 percent, and Conservative Jews were third, at 57 percent.
Read the rest of this story at nytimes.com