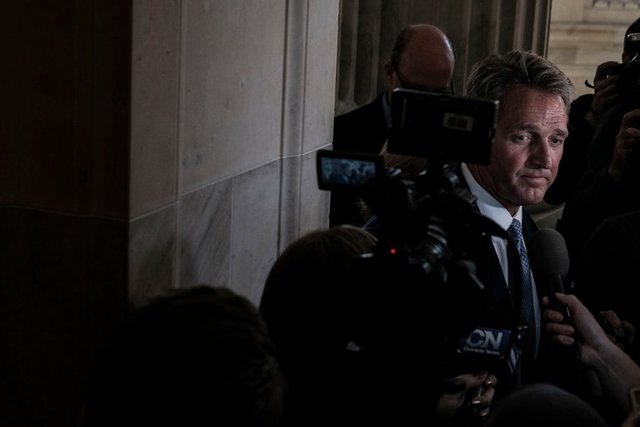 Editorial note: LDS Living shared this report from The New York Times because it highlights the faith of a prominent Mormon politician. We do not support or promote particular political views or statements.

As a child growing up in Snowflake, Ariz., a town that his Mormon pioneer great-great-grandfather helped found in the 1870s, Senator Jeff Flake learned to sing a popular children’s hymn, “Choose the Right.”

He had no trouble recalling the hymn’s words on the telephone Wednesday, a day after he took to the floor of the Senate to deliver a stinging rebuke to his party and president, and to announce that he would not run for re-election in 2018.

His decision was political and pragmatic, he acknowledged: he faced a tough primary battle and trailed in the polls. But his revulsion at President Trump also appeared to reflect his Mormon faith. It is a faith that puts a premium on decorum and comity, one that was born in America but is increasingly international and multicultural, and one whose young people often wear rings engraved “CTR” as a reminder of the hymn, which begins, “Choose the right when a choice is placed before you.”

Mormon Life Senator PoliticsSenator,Politics,Mormon Life
Comments and feedback can be sent to feedback@ldsliving.com