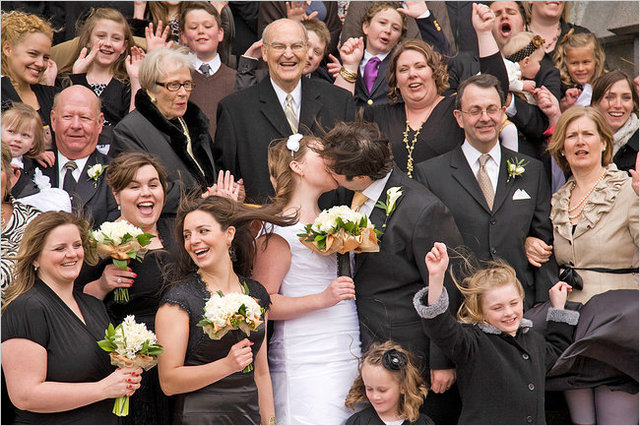 In the third grade, Jill Fernald shocked her family when she arrived home with blisters covering her hands. She had failed a swinging exercise on the monkey bars in gym class, then practiced for hours on the bars after school until she earned the teacher’s certificate of achievement.

“Jill gives a whole new meaning to the word ‘determined,’ ” said her father, Gregory Fernald, a semiretired crop-duster pilot from Hanford, Calif., where he and his wife, Susan, raised their five children. For Susan Fernald, a retired teacher, this oft-repeated family story illustrates how “Jill sets goals for herself.”

By her own account, Ms. Fernald, 31, is driven. That drive kept her courtship of Geddes Munson, a gadget-crazed younger man, going for more than two years, an “eternity in Mormondom,” according Mary Nielson, an old friend of Ms. Fernald.

The couple both come from pioneer Mormon families that settled in Utah in 1847 — one of Ms. Fernald’s forebears arrived with Brigham Young — and both are deeply committed to their faith.
Read the rest of this story at nytimes.com