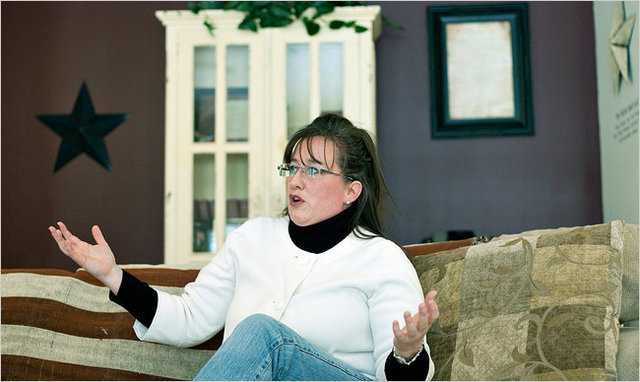 Jacqueline Smith fits no one’s stereotype of a political kingmaker. A home-schooling Mormon mother of five, Ms. Smith lives in a modest ranch-style house here in the mountains outside Salt Lake City with her husband, Cleve, a plumbing contractor.

But in the muscular arena of Tea Party and so-called Sept. 12 groups that have surged into dominance in Utah over the last year, places like Coalville and the Smith house have become unlikely stations for politicians to come kiss the ring.

Senator Orrin G. Hatch, a six-term Republican who faces re-election next year, has been among Ms. Smith’s supplicants, seeking the endorsement of her group, the STAR Forum, for Save The American Republic, and others like it. Ms. Smith is not sold on Mr. Hatch yet, and she does not think too many others in the Tea Party community are either.

“I don’t think he’s winning over anyone,” Ms. Smith said, smiling sweetly on a couch in her living room decorated with patriotic bunting and a giant engraved plaque of the Declaration of Independence.
Read the rest of this story at nytimes.com