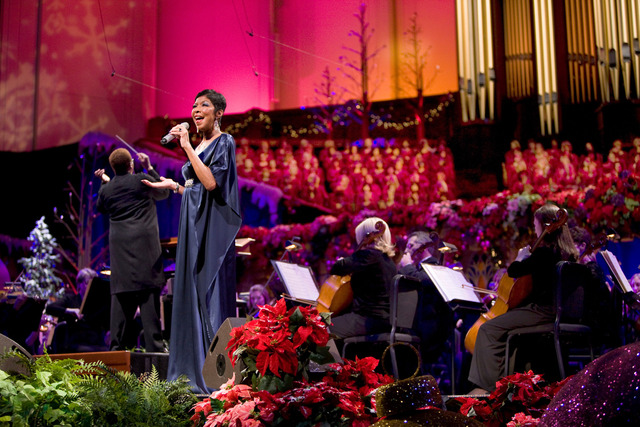 Natalie Cole and the Mormon Tabernacle Choir celebrate an unforgettable Christmas with the new release, The Most Wonderful Time of the Year.

In this 14-track album, the talents of nine-time Grammy award winner and pop-music sensation Natalie Cole combine with the Grammy award-winning Choir and Orchestra at Temple Square. It was recorded live at the Choir’s annual Christmas concert in December 2009.

Cole adds her signature touch to the songs first made famous by her father, Nat King Cole, including Alfred Burt’s “Caroling, Caroling” and the ever-popular “Christmas Song (Chestnuts Roasting on an Open Fire).” Cole also showcases her expressive range in the tender medieval carol, “The Holly and the Ivy,” David Foster’s recent popular hit, “Grown-Up Christmas List,” and the title track, “It’s the Most Wonderful Time of the Year.”
Read the rest of this story at prnewswire.com