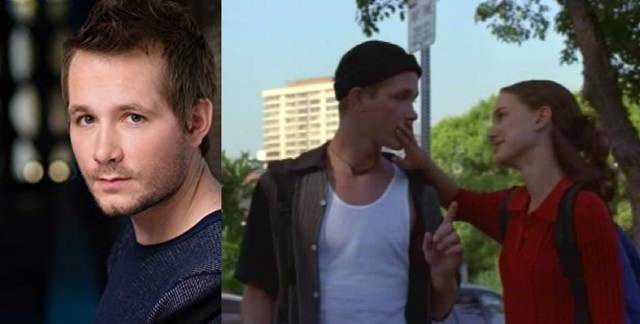 With an acting career ranging from Latter-day Saint films to popular TV shows, Corbin Allred has enjoyed plenty of success. We sat down with him to find out lessons he’s learned from his characters, why Natalie Portman called to wish him luck before his mission, and insights into why he now works primarily in the medical field.

Q: Which role has been your favorite?

A: Honestly, I would say the opportunity I had to work with Ryan Little on the Saints and Soldiers films—those were some of my favorite experiences in my career. It could be because I’m a pretty patriotic person; I have family that has served in the military. My grandfather served in WWII, then the Korean War. To do projects that pay homage to those who have sacrificed so much for us was really just a privilege.

Q: What was it like to walk away from acting to serve a mission?

A: I was 19 years old, and I was kind of in that fog of whether I should serve a mission or not and when I should go or if I should wait, because there were a bunch of things happening with my career. But I received a lot of strength from the Spirit and reassurance that what I was doing at that time was the best thing for me. My career was so trivial when you compare it to the value and the importance of the gospel.

Q: Which Hollywood star has been your favorite to work with?

A: I worked with so many wonderful people that I’d say one of the most gracious actors I’ve ever worked with was William Petersen who played on CSI, the original CSI, he was the main character.

An actress I worked with was Natalie Portman. I did a film called Anywhere but Here with her. I played her boyfriend in the film and she was just so, so kind and humble. She’s one of the most intelligent people that I’ve worked with. She’s very educated and smart about film, but also about general things.

When we were working on that film, I had told her that I was a Latter-day Saint and we visited just a little bit about religion. I told her that a mission was something that I was going to do and she told me to let her know if I was going on a mission and where I was going. And so, several months later after filming that film, I got my mission call and I shot her a message that I had received the call and where I was going. The night before I went into the MTC, she called to wish me luck. You know, this is somebody I had worked with months before on a film. She didn’t have to do that. She was very, very interested in what I was doing and cared enough to call me—to take time out of her busy schedule and her day to call me and wish me success on my mission. She knew just from our conversation that it was very important to me, so I thought that was very classy of her and very kind and gracious.

Q: What lessons have your characters taught you?

Q: In what ways have you stood up for your beliefs as an actor?

A: One time in particular I got an offer to do a film—to be a lead in a film—and it was a pretty substantial amount of money, but the role was the character was very, very crude and vulgar with his language. There was no nudity or substance abuse or anything else that I was going to be portraying, but the language was just vile. And so I told my manager, “I need you to go back to the producer and tell him that I’m interested in the project but I could never say these words.” And he said “Okay, I’ll tell him,” and he came back and said they said to take it or leave it. Here’s the money and the project is yours if you want it, but you’d need to be willing to say what we want you to say. And I didn’t think about it. Not even for a second. I said, “Well, I’m not interested.” And a lot of people would say, “Well, was your manager mad that you turned down this role?”—because that would be a pretty substantial paycheck for him as well. There was silence on the other line, and then my manager said to me, “Corbin, I love you.” And he hung up the phone.

He saw it, too. He saw there are things worth standing for and you don’t have sell out. Something else will come along. You’re never going to be hurt for doing the right thing. Is your life going to unfold perfectly? Maybe not, but you’re going to be okay.

Q: How has acting impacted your family life?

A: My wife and I really try our best to minimize the effect the film industry has on our family. I want to make sure [my kids] understand what’s important isn’t that Dad’s an actor or that people know who I am and watch my movies, but what’s important is who I am and how I carry myself. And so we’ve tried in some ways to separate my family from my film life, and that’s just so that my kids stay grounded and understand what’s really important.

Q: You now work as a physicians assistant and only act on the side. What led you to pursue a medical career?

A: Ever since I was very young, I had a passion—a love—for medicine. A lot of kids carry around a teddy bear or a blanket. I had a blanket too, but I also had a first aid book. And I would carry it everywhere. It was just something that I loved and had with me. It was always in my room or with me. If somebody was hurt, I would grab it and try to work on people. So I always had this passion for taking care of people, and it’s something that’s stayed with me for my whole life.

Q: What’s something people don’t know about you?

A: A lot of people don’t know I was a Western National Freestyle Clogging champion.

A: The best advice I ever received was from my dad. He would always say, “Remember who you are and what you stand for.” Representing the Lord was far more important than getting famous and being important in the eyes of fans or the world.

This interview originally ran in the Nov/Dec 2016 issue of LDS Living. Lead images from IMDB, Anywhere But Here 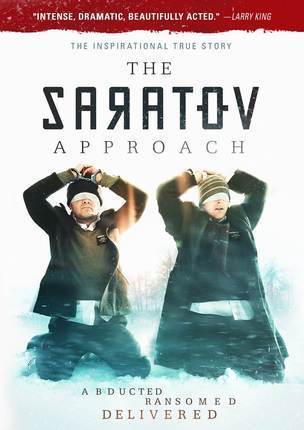 Check out Corbin Allred in The Saratov Approach and Saints and Soldiers, available at Deseret Book stores or on deseretbook.com.